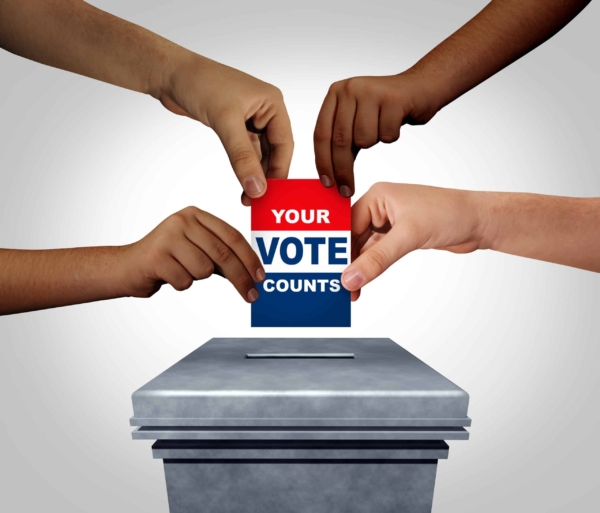 I am sure voters have heard time and time again to go out, perform their civic duty, and vote for those who can’t. But what does that mean, and who are those who can’t? How many American citizens are not able to vote? In short: too many.

We, the people, have always put immense value on our role as voters. Our right to vote is just that—a right. It is protected and crucial to democracy and allows for our country to truly be run by the people and for the people. However, millions of voters are being silenced through institutionalized and systemic means, all of which primarily impact communities of color.

Voter disenfranchisement laws prohibit millions of Americans from taking their part in democracy with each passing election. Many disenfranchised voters are people with criminal records; in fact, six million Americans are being prevented from voting due to their criminal record, with the number only expected to rise. Until recently, North Carolina only allowed those with felony convictions to vote once they have completed probation and parole, which can be for an indefinite period in many cases. Now because of a recent case, Community Success Initiative v. Moore, if a person only owes fines and fees, then they are able to vote. This is a major civil rights issue, seeing as how Black male voters make up less than 10% of the population, but make up 40% of the probation population alone, with about one in every 13 African American men being disenfranchised in this way. People of color are more likely to be convicted, misrepresented, and given harsher sentencing than Caucasians, which results in a clear imbalance of power in regards to voting.

Most states also require voters to present a form of valid identification in order to vote. While some politicians claim this is to prevent in-person voter fraud, studies have shown that intentional voter fraud takes place much less frequently than we are led to believe. In fact, not only have many researchers not been able to find evidence of intentional voter fraud in the past elections, but it has been noted how voter turnout amongst minorities drops once identification is required. This could be due to the inability to acquire the “appropriate” form of identification, which costs money and time, or fear of harassment at the polling place regarding their ID. North Carolina recently became one of the few states to not require any form of identification, as it was acknowledged to be discriminatory. However, since this was a recent change, misinformation about current laws and requirements causes damage, and North Carolina turnout amongst people of color is not on par with where it should be.

Misinformation, intimidation, and polling place issues also contribute to the low voter turnout amongst communities of color. Political education, or lack thereof, impacts the opinion of the people and how well they understand how crucial their vote is. For example, in this election, information regarding mail-in ballot requirements was constantly changing and, therefore, confusing. Consequently, many people either missed the deadlines to request or submit their absentee ballots or did not think their vote would make a difference. Assuming a voter gets time off work to vote in person, which is significantly less likely to occur for a person of color, there is a real threat when entering a polling place due to intimidation. These “unofficial” means of voter suppression are just as—if not, more—effective in keeping communities of color silent during the election, which is a risk to the future of democracy.

Until we as a nation do everything in our power to make voting a right, not a privilege, we cannot claim to have true democracy. Because this issue impacts the entire nation, not just those victimized by the system, it will take the entire nation to right the wrongs done over many generations. While we can work to tear down many of the obstacles that lie in the way of voters, it is crucial that we also get our representatives, members of Congress, and community leaders to fight for these changes as well.

The first step anyone can take is education. Educate yourself, your friends, your family, and your community by reading and sharing accurate information on social media, in public spaces, and asking your community leaders to get involved. The Southern Coalition for Social Justice’s (SCSJ’s) website is a helpful place to start: more information on the specifics of voter rights in the South can be found on their Voting Rights webpage and in ongoing cases regarding voter disenfranchisement in North Carolina.  Change for the people starts with the people, and there is no better way to instill meaningful change than by joining and supporting organizations such as the SCSJ or ACLU who are in direct dialogue with government officials, or by reaching out directly to your representatives. Communities themselves also have the power to ensure that voting conditions are as safe as possible: helping people get to their polling place, ensuring friends and family feel safe while voting, and discussing with community organizations ways to make voting an easier experience are key steps in ensuring local democracy is upheld within your community. And most importantly: if you’re eligible to vote, vote!