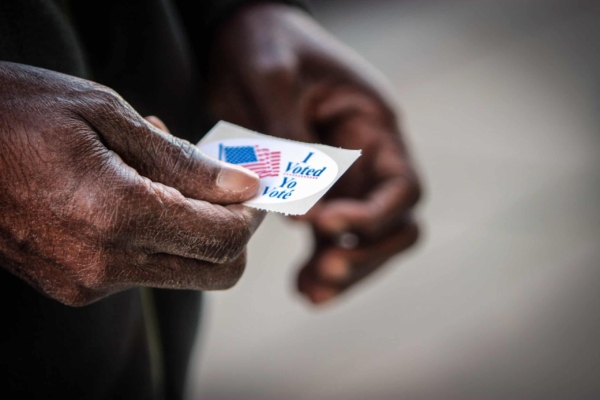 Durham, N.C. — Two organizations focused on advancing equality and increasing political participation have filed a federal lawsuit challenging North Carolina’s Strict Liability Voting Law, a vague and racially discriminatory law that makes it a felony for North Carolina residents to vote if they are on parole, probation or post-release supervision for a felony conviction, even if they mistakenly believe they are eligible to vote. Virtually every other election crime punishable as a Class I felony in North Carolina requires intent. The lawsuit seeks an injunction prohibiting prospective enforcement of the law, including for the 2020 General Election.

The plaintiffs are represented by the Southern Coalition for Social Justice and Simpson Thacher & Bartlett LLP.

“The fear of prosecution under the Strict Liability Voting Law may deter thousands of eligible voters from casting their ballots and letting their voices be heard during the critical 2020 General Election,” said Mitchell Brown, an Equal Justice Works Fellow with the Southern Coalition for Social Justice, sponsored by the Ottinger Foundation. “Laws like this criminalize the ballot box by prosecuting individuals for simply making a mistake. Instead of protecting the right to vote, the Strict Liability Voting Law was created as, and continues to be, a form of voter intimidation.”

Black individuals continue to be disproportionately impacted by North Carolina’s Strict Liability Voting Law. According to the lawsuit, while Black individuals account for only 22% of North Carolina’s population, they make up 42% of people on probation or post-release supervision for a felony conviction in North Carolina. Following an audit of voters in the 2016 General Election, the NCSBE determined that 441 individuals with felony convictions may have voted before their sentences were complete; 66% of these were Black. While many of North Carolina’s District Attorneys declined to pursue these cases because they did not feel the voters were aware of the unlawfulness of their actions, District Attorneys in Alamance and Hoke counties did pursue criminal charges. Of the 12 individuals charged in Alamance County, nine were Black and all four individuals charged in Hoke County were Black.

“North Carolina’s Strict Liability Voting Law creates tremendous uncertainty for individuals who have prior felony convictions,” said Jon Youngwood, Global Co-Chair of the Litigation Practice at Simpson Thacher & Bartlett LLP. “Not only does this law create a chilling effect against voting, the strict liability approach also puts an already vulnerable population at risk of prosecution for inadvertently breaking the voting rules.”

The lawsuit outlines several ways in which communication to people with criminal convictions regarding their voting status is unclear and inconsistent across the state, making it easy for individuals to be confused about if they are eligible to vote. For example, in 1994, the General Assembly abolished parole in North Carolina, instead, imposing post-release supervision for all individuals convicted of felonies. However, until earlier this year, the state’s Voter Registration Application made no mention of post-release supervision.

In its 2016 audit, the NCSBE also found there was no documented and consistent procedure by which individuals convicted of felonies were informed of their loss of voting rights while on parole, probation or post-release supervision. Neither the standard guilty plea form in North Carolina nor the statutes requiring judges to inform defendants of their rights upon conviction contain any reference to loss of voting rights.

“These high-profile criminal cases, as well as the vague wording of the Strict Liability Law, have chilled countless eligible voters with criminal convictions from exercising their rights to cast a ballot,” the lawsuit says.

Simpson Thacher & Bartlett LLP (www.simpsonthacher.com) is one of the world’s leading international law firms. The Firm was established in 1884 and has more than 1,000 lawyers. Headquartered in New York with offices in Beijing, Hong Kong, Houston, London, Los Angeles, Palo Alto, São Paulo, Tokyo and Washington, D.C., the Firm provides coordinated legal advice and transactional capability to clients around the globe.