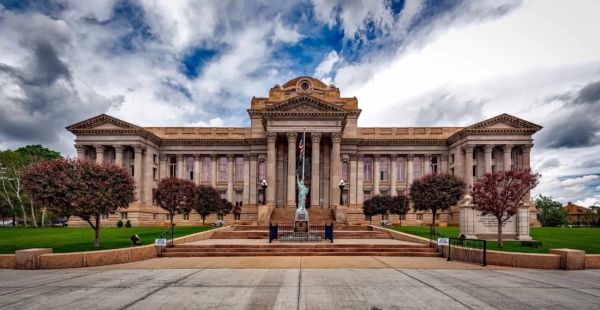 Durham, N.C. — By a decision of 3-2 following a formal hearing, the Wayne County Board of Elections upheld Bevan Julius Foster’s win in the Wayne County Board of Commissioners District 3 Democratic Primary, which was held March 3, 2020. Foster, a Black man who previously served on the Goldsboro City Council, won the primary with 40.78% of the votes. His win was challenged by three people who alleged he did not reside in the district he would be representing, and thus was not eligible to run.

Foster was represented in the hearing by Jeff Loperfido, Senior Counsel for Voting Rights with the Southern Coalition for Social Justice.

On March 17, Linda Lamm Harper, Zachary Edward Lilly and Joy Brown filed an election protest with the Wayne County Board of Elections challenging Foster’s win. In his arguments on behalf of Foster, Loperfido both challenged the allegations that Foster lived outside of his district as well as the legality of the protest itself. To support Foster’s claim of residency, Loperfido submitted sworn statements of proof, utility bills, legal documents and other mailings from the board of elections and elsewhere that had been sent to, and received at, the address in question.

However, the thrust of Foster’s defense at the hearing focused around whether the protest was legal in the first place. Two of the protesters, Harper and Brown, are longtime registered Republicans who, Loperfido argued, were not legally permitted to file a protest challenging Foster’s election win because they were not eligible to vote in the Democratic Primary. He also highlighted several places where the protesting individuals failed to comply with the rules for filing protests, including failing to notify Foster of the challenge in the required manner.

“North Carolina has an unfortunate history of individuals challenging the lawful elections of candidates of color or placing undue scrutiny upon them when they take office. While we are glad the Wayne County Board of Elections chose to uphold the will of the voters, we must remain vigilant for this kind of discrimination and voter suppression,” Loperfido said. “So many of the community issues coming to the forefront now related to housing, education and law enforcement are determined at the local level. Leaders of color need to be represented there to help shape these institutions.”

Foster does not face a Republican challenger in the General Election and is expected to join the Wayne County Board of Commissioners thereafter.