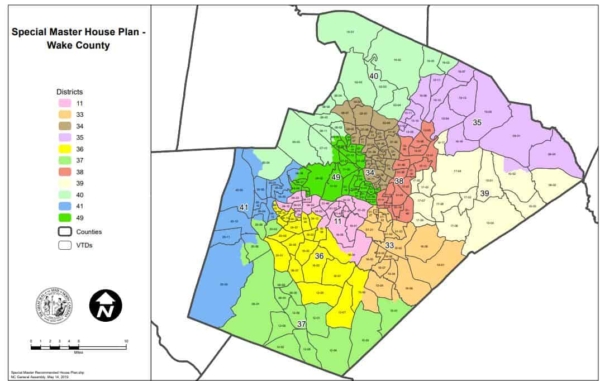 RALEIGH, N.C.  – The North Carolina General Assembly has approved a redistricting plan that reverts four state House Districts in Wake County (HD 36, 37, 40, and 41) to their configuration as they were drawn in 2011. The redraw was required by an order from a three-judge panel in Wake County Superior Court to remedy changes made by lawmakers in 2017 that violated the North Carolina Constitution’s prohibition on mid-decade redistricting.  The Southern Coalition for Social Justice represented plaintiffs in N.C. NAACP v. Lewis, the case that led to the redraw.

“For this entire decade, Wake County voters have been consistently denied the ability to vote in constitutional districts.  In 2011, they were forced into racially gerrymandered districts.  Then in 2017, lawmakers tried to skirt the state constitution for partisan gain,” stated Allison Riggs, senior voting rights attorney at the Southern Coalition for Social Justice.  “The districts enacted today could and should have been put in place two years ago.”