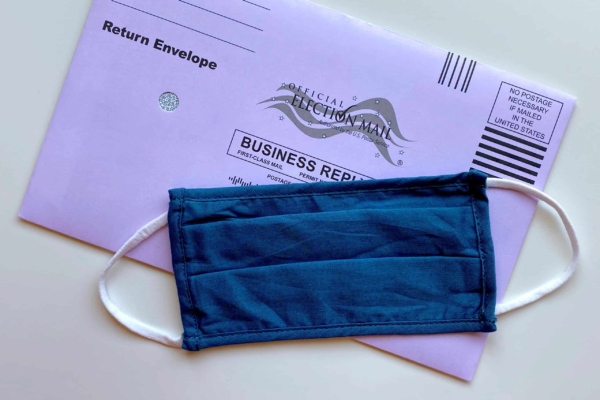 Durham, N.C. — Democracy North Carolina, the League of Women Voters of North Carolina and individual North Carolina voters who have or plan to vote by mail this General Election have filed motions in two different federal lawsuits to guarantee that all absentee vote-by-mail ballots are counted, even if the voter makes a mistake when filling out their ballot envelope.

On Sept. 30, the organizational and individual plaintiffs in Democracy North Carolina et al v. North Carolina State Board of Elections et al filed a motion asking the court to enforce a preliminary injunction granted on Aug. 4. The injunction requires county boards of elections to notify voters of issues with mail-in ballots that may lead to their rejections and provide the voter due process to correct the issue. The motion, filed in the U.S. District Court for the Middle District of North Carolina, said the North Carolina State Board of Elections (NCSBE) has not issued clear guidance on that notification and remedy process, known as “curing,” and that the current process fails to provide voters with adequate notice and opportunity to be heard.

On Oct. 1, Democracy North Carolina, the League of Women Voters of North Carolina and many of the same individual voters filed a motion to intervene as defendants in Moore et al v. Circosta et al, a lawsuit that was filed in the U.S. District Court for the Eastern District of North Carolina on Sept. 26. That lawsuit challenges the limited guidance issued by NCSBE on the cure process and asks the court to prohibit these guidelines from taking effect. A hearing held in the case late afternoon Oct. 2 included discussion of the motion to intervene, but no ruling has been issued.

In both lawsuits, the plaintiffs are represented by the Southern Coalition for Social Justice, Fair Elections Center and pro bono counsel from law firm WilmerHale.

“An unprecedented number of voters are expected to use absentee vote-by-mail this year as they seek to cast their ballots safely in the midst of the COVID-19 pandemic,” said Hilary Harris Klein, Voting Rights Attorney with the Southern Coalition for Social Justice. “We are working to ensure that every voter who decides to use this method knows that if they make a mistake on their mail-in ballot envelope, they will have the opportunity to correct it and have their vote counted.”

According to the motion filed in the U.S. Middle District for North Carolina on Sept. 30, the NCSBE sent a memo to county boards of elections on Aug. 21 outlining the cure process. On Sept. 4, ballots began being mailed to voters who had requested them. On Sept. 11, the NCSBE contacted the directors of all county boards of elections asking them to stop notifying voters of potential issues “for the next few days” and promising updated guidance “by the end of the day.” That new guidance was not issued until Sept. 22.

The cure process outlined by NCSBE does not address a few key concerns. For example, it does not provide a required timeline for county boards of elections to review ballots and notify voters of potential issues. Furthermore, the revised guidance issued on Sept. 22 does not allow for voters to be heard during the county canvass period about any deficiencies with their ballot envelopes if they do not have time to correct the issue or vote in-person.

Moore et al v. Circosta et aland a similar lawsuit filed at the same time have created additional confusion among county boards of elections on how to proceed.

“At least one county board of elections has delayed notifying voters of deficiencies, choosing to simply refrain from engaging in this process until there is more certainty to what the final cure process will require,” the motion states. “Overall, this delay and uncertainty risks disenfranchising voters who, per this Court’s order from August, are entitled to be contacted and given an opportunity to cure if there is a deficiency with their absentee ballot.”

In their motion, the plaintiffs ask the court to require:

The motion also requests that the jurisdiction over the preliminary injunction, and its enforcement, remain with the U.S. District Court for the Middle District of North Carolina.

Moore at al v. Circosta et al was filed Sept. 26 by North Carolina’s legislative leadership and three individual voters against the individual members and director of the NCSBE. The lawsuit argues that the new guidelines regarding the cure process for mail-in ballots issued by the NCSBE are unconstitutional because they took away the General Assembly’s authority to establish the election process in North Carolina. The plaintiffs seek a preliminary injunction to prevent these guidelines from taking effect.

The plaintiffs in Democracy North Carolina et al v. North Carolina State Board of Elections et al seek to intervene as defendants, arguing that the rights to a cure granted voters in their case would be lost if the legislative plaintiffs in Moore at al v. Circosta et al succeed in gaining an injunction.

“It is important that we continue to fight to preserve the rights of every voter to have their vote counted,” said Fair Elections Center Senior Counsel Jon Sherman. “With so many people expected to vote by mail for the first time this fall, it is vital that we keep a process in place to make sure every ballot is accepted and individuals have the opportunity to correct any mistakes made.”