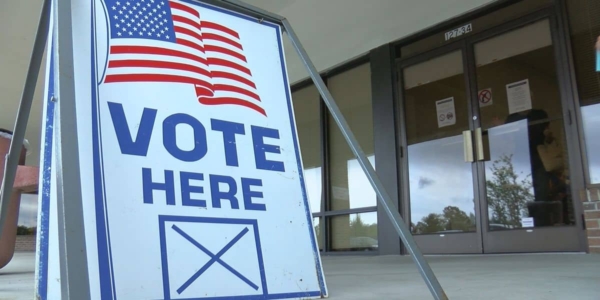 RALEIGH, N.C. (May 1, 2019) — Voting rights groups are calling on the N.C. State Board of Elections (“State Board”) to stop efforts to redraw the state’s voting precincts by May 31, 2019. The Southern Coalition for Social Justice and Democracy North Carolina sent a letter to the State Board on Tuesday outlining how forcing the counties to potentially create hundreds of new precincts exceeds the State Board’s statutory authority and limits the appropriate local oversight of precinct plans by local boards of election. The joint letter also highlights how the new precincts would cause potential problems for hundreds of thousands of voters assigned to new voting locations so soon before the state’s March 2020 presidential primary. In response to the letter, N.C. Board of Elections Director Kim Strach informed the groups in an email that the precinct redrawing process has been paused pending the promise of a legislative change to the policy later this month.

A copy of the letter can be found at http://bit.ly/LettertoStateBoardofElections﻿

“However well-intended, this effort raises concerns about trying to do too much in too little time, and with too little input from affected communities and the people who run local elections,” said Tomas Lopez, executive director of Democracy North Carolina. “New voting precincts will affect many voters in many places, especially in next year’s high turnout election, and so the state should postpone this process and give it the time and attention it needs.”

A 2016 state law required the State Board to submit 2018 voting precincts to the U.S. Census Bureau to allow for useful redistricting data to be returned from the 2020 Census. The State Board would then develop standards to more closely conform the precincts to Census geography and other criteria. Since the law’s passage, the State Board has missed multiple deadlines to comply with it.

Voting rights organizations also claim the board doesn’t have the authority to impose new lines on counties. Bill Gilkeson, an elections law attorney and former bill drafter at the N.C. General Assembly, agrees. “Forcing counties to do a major redraw of precincts right now would be an unauthorized exercise of power.”

Voting rights groups argue that new voting precinct maps could potentially mean hundreds of new precincts reassigning up to hundreds of thousands of voters to new polling sites and requiring new voting equipment and poll workers at an unknown cost – all without sufficient input from local elections officials and the public. The groups say the state could avoid these harms by delaying new precincts and instead provide existing precinct data to the Census Bureau by the May 31 deadline. After Census data is received in 2021, the groups say state and county boards should work together, with public input, to adjust precinct lines in ways that promote effective election administration and redistricting. The result would avoid confusion for potentially hundreds of thousands of North Carolinians as early as the 2020 primary.

“What the State Board of Elections was poised to do was to ignore the plain language of the law governing its authority to force precinct changes on counties. Now local election officials and voters are just in limbo,” said Allison Riggs, senior voting rights attorney for the Southern Coalition for Social Justice. “Voters should not become the victims of potential disenfranchisement due to the Board’s attempt at last-minute significant redrawing of precincts or any legislative hijinks.”

Many county election directors are also speaking out against a process that would make wholesale changes to their voting precinct boundaries. “The concern we have is that it could be terribly expensive and disruptive for the voters,” said Becky Galliher, executive director of the Iredell County Board of Elections. “We still haven’t received the state board’s proposed changes. With the short time frame, it will be very difficult to educate voters about any major changes before a huge presidential election. We’re worried that could cause confusion and disenfranchisement.”

A copy of the letter can be found at http://bit.ly/LettertoStateBoardofElections