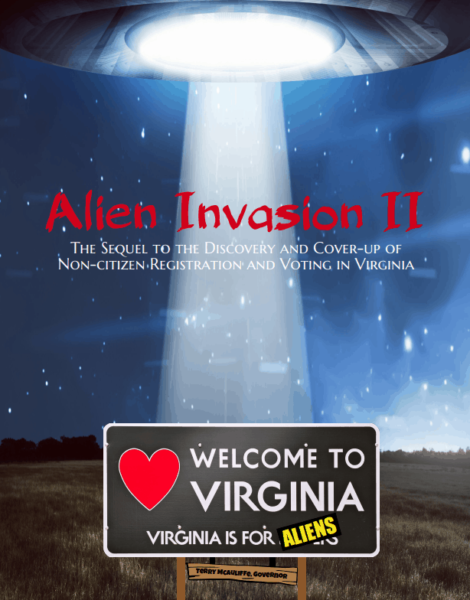 ALEXANDRIA, VA — Voters subjected to false accusations of felony voter fraud reached a settlement in their lawsuit against J. Christian Adams, a former member of the Pence-Kobach “Voter Fraud” Commission, and his organization, the Public Interest Legal Foundation (PILF). According to the lawsuit, Mr. Adams and PILF unlawfully defamed and conspired to intimidate Virginia voters by publishing and promoting “exposés” that falsely accused innocent Virginians of being non-citizens who illegally registered to vote and, in some cases, cast illegal ballots. Making matters worse, Defendants’ publications also doxed those innocent Virginians by publishing their personal information, including their full names, home addresses, and often their telephone numbers and email addresses.

Mr. Adams and his organization agreed to settle the case after it was revealed that they had received warnings from elections officials, and even one of their own volunteers, that they were making false representations regarding the Virginia election records underlying their publications. Court documents show that despite these warnings, Mr. Adams and PILF turned a blind eye to evidence of citizenship and risked accusing innocent Virginians of committing felonies because “the fog of war favors the aggressor” in their battle to change election laws and chase headlines. Court documents also revealed that a group of Republican political activists, prompted by PILF’s faulty publication, wanted to post signs at polling places warning of voter fraud. Mr. Adams advised that to be “effective” those signs should target only particular counties in Virginia with signs “in Spanish”.

The Plaintiffs brought this suit to halt the misuse of election records and to protect the constitutional right of every Virginia citizen to vote free from intimidation or harm. And they succeeded. The settlement’s provisions include the following requirements:

Allison Riggs, Senior Voting Rights Attorney at the Southern Coalition for Social Justice, said: “This outcome is a victory not just for the plaintiffs, but for all American voters who have a constitutional guarantee to participate in elections free from fear, threats, or intimidation. This case and its result should serve as a deterrent to anyone who might consider schemes to intimidate voters. We are watching, and we are fully prepared to use every available legal tool to hold parties accountable when they break the law.”

Cameron Kistler, Counsel at Protect Democracy, said: “This case is a big win for our democracy. Not only did it reaffirm that the Voting Rights Act and the Ku Klux Klan Act guarantee every eligible voter the right to vote free from intimidation, but the defendants also agreed to put in place safeguards to ensure that they never again injure innocent Virginians.”

Sean M. Tepe, a lead pro bono counsel in the case, said: “Our plaintiffs, and an undetermined number of other citizens, were wrongly caught up in Defendants’ effort to create a voter fraud narrative and manufacture fear. This settlement proves that facts still matter and that innocent people should not be used as pawns in others’ political wars.”

Three individual plaintiffs in the lawsuit, LULAC of Richmond v. Public Interest Legal Foundation, were named in exhibits to reports published by PILF titled Alien Invasion in Virginia and Alien Invasion II. The first report was published in September 2016 and accused the individuals named of committing multiple felonies, including illegally registering to vote and casting an ineligible ballot. The follow-up report, released in May 2017, falsely accused even more individuals of being non-citizens, thereby committing felonies by registering to vote and voting. Worse yet, the reports divulged the personal information, including addresses and phone numbers, of the private citizens that were being falsely accused of committing these crimes. Following publication, Mr. Adams and PILF embarked on a media campaign publicizing the reports with inflammatory rhetoric. Defendants also conducted targeted outreach to state and federal prosecutors to encourage the prosecution of those named in the reports.

The plaintiffs asserted in their lawsuit that PILF’s defamation campaign “violates both the Voting Rights Act, see 52 U.S.C. § 10307, and the Ku Klux Klan Act, see 42 U.S.C. § 1985(3), because it intimidates potentially lawful, eligible voters into not exercising their constitutional right to vote.” They also invoked Virginia’s defamation laws, asserting that PILF’s “libelous statements were false when made, were made without regard to their truth or falsity, and were made for the purpose of and with the intent of damaging the reputation” of the plaintiffs. The defendants moved to dismiss the complaint, but the district court ruled in August 2018 that the case should proceed because federal law makes it unlawful to intimidate or injure voters in federal elections.

More information about the case, including the complaint, can be found here: https://southerncoalition.org/cases/lulac-of-richmond-v-public-interest-legal-foundation/