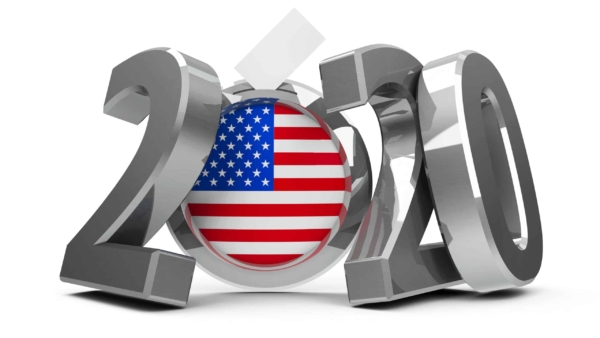 While Election Day has passed, there are still many ballots that have yet to be counted in the 2020 presidential election. Some states, such as North Carolina, have announced that they will not release any results until after November 13th. Georgia also has yet to finalize its results, and very close tabs have been kept on them since November 3rd. Even without concrete information on these states, based on the voter turnout data collected so far, this election year has been monumental.

Historically, in the 20th and 21st centuries, the voter turnout rate has been fairly consistent at around 50-60%, fluctuating periodically based on changes to voter laws. An example of one of these fluctuations is from 1876, when the highest recorded voter turnout for a presidential election took place after the 15th Amendment was passed, giving African American men the right to vote. In this 1876 election, 82.6% of voters cast their ballots, a percentage only approached a handful of other times in American history.

At this point in the 2020 election, 34 states have surpassed records set from 1980, with another seven plus Washington, D.C. expected to, as well. Battleground states, such as Minnesota, reached nearly 80% in voter turnout rates, and projections for the 2020 total are looking extremely high. The Washington Post estimates that 73.7% of registered Americans cast ballots in this election, which is the highest since 1900.

So why is it that voter turnout was so high in this election?

On top of this being a highly contested election, with polarized parties and social upheaval, all amidst a global pandemic, the act of voting itself had become more feasible for many Americans. Based on data subject to change as numbers are finalized, North Carolina has seen more than 1 million absentee ballots cast, and more than 3.6 million early votes.

In another Southern battleground state of Georgia, more than 1.7 million mail-in ballots were requested for this election, which is a 587% increase from the 253,000 requested in 2016. These mail-in ballots constituted about one in every three votes cast before Election Day in Georgia, with the total number equaling approximately 4 million. From 2016, voter turnout in this battleground state went up by 67%, likely due to the more accessible methods of voting that had become more widely accepted. Having such a successful turnout in a state like Georgia is key to allowing all voters to partake in American democracy without having the limitations and restrictions of Election Day timelines and crowds.

Additional data collected from Florida tells much of the same story. Sixty-eight percent of ballots—approximately 9 million—were cast early, through mail or in-person early voting. This number is also a significant increase from the 2016 election (approximately 40%), as people in highly populated areas remained cautious of COVID-19 during the election season.

People are remaining very vigilant over how the ballots are going to be accepted and counted in this election. Preferences for the types of voting methods voters are choosing to use has shown to have a significant impact on both the local and national voter turnout rate. The normalization of this more accessible method of voting for everyone begs the question: will the future of elections in America look more like this one? Will the 2020 election be the turning point for the use of mail-in ballots? The next few weeks spent validating absentee and provisional ballots and certifying state election results before Inauguration Day will be the deciding factor for the future of the democratic process within America, and the whole world is watching very closely.