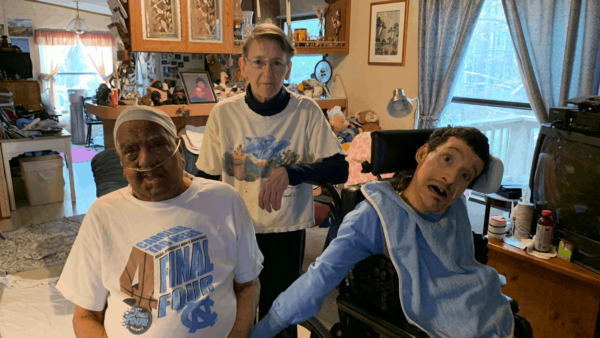 The media and public can watch the trial online here.

Plaintiffs, six North Carolina voters represented by attorneys with Southern Coalition for Social Justice (SCSJ) and pro bono counsel from law firm Paul, Weiss, Rifkind, Wharton & Garrison LLP, will open trial testimony on Monday with witnesses who would be negatively impacted by the state’s 2018 voter ID law. Witnesses will include Elizabeth Holmes, the mother of Jabari Holmes, a man with cerebral palsy who has been unable to obtain photo identification and who would be disenfranchised under proposed requirements.

Allison Riggs, Chief Counsel for Voting Rights at SCSJ said the trial will show that the voter ID law as implemented fails North Carolina’s constitutional mandate to protect the freedom to vote and “should be relegated to the dustbin of history.”

“The North Carolina Constitution provides numerous and inviolable protections for the fundamental right to vote. Just because the North Carolina Constitution now authorizes, with exceptions, the presentation of a picture ID when voting does not mean those other longstanding voter protections can be ignored or violated,” said Riggs. “It is our intention for this trial to show that North Carolina’s lawmakers have failed in their duty to prevent their 2018 voter ID legislation from disenfranchising eligible voters, including the Black and Brown voters we believe it targets. In doing so, we believe the facts of this case will reveal that this legislative scheme merely replicates the state’s racially-discriminatory 2013 voter ID requirement that we know prevented hundreds of eligible voters from making their voices heard in the only election the now-unconstitutional law was allowed. Like North Carolina’s 2013 Jim Crow-style voter ID law before it, this legislation should be relegated to the dustbin of history.”

In February 2020, the N.C. Court of Appeals blocked the voter law pending trial, citing the likelihood that the law was passed with discriminatory intent and preventing the voting restriction from taking effect in the state’s 2020 presidential election.

SCSJ also represented plaintiffs who successfully challenged the state’s 2013 monster voter suppression law that was ultimately struck down by the Fourth Circuit U.S Court of Appeals.

SCSJ will provide a daily recap and previews of key trial testimony at southerncoaliton.org/news. SCSJ will also be live tweeting the trial on Twitter at @scsj.