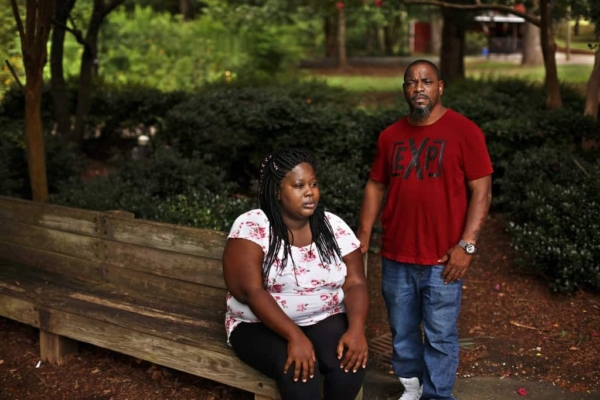 SCSJ clients Anthony Haith, Neko Rogers, Whitney Brown, Keith Sellars and Willie Vinson, Jr. pled to a lesser charge – misdemeanor obstruction of justice.  As part of the plea, the five individuals will each complete 24 hours of community service, be placed on unsupervised probation for 12 months, and offer no admission of guilt to any voting-related charges.

The Southern Coalition for Social Justice issued the following statement after the pleas deals were accepted by the court:

“Our clients had to make a hard decision.  They believe that the law they were initially charged under was enacted in 1901 with an intent to discriminate against people of color and intimidate communities from voting.  Such a law is unconstitutional.

“What happened in the courtroom today is nothing new, though.  Far too often, people plead to lesser charges, even when justice is on their side, in order to avoid the possibility of facing time in prison, being separated from their families, losing their jobs, and disrupting their lives and the lives of those around them.  Similar events happen every day in courtrooms across the country.

“Our communities deserve better.  No one should have to face the possibility of prison time for the act of casting a vote that they believed they were eligible to cast. These charges sought to punish people whose only intent was to participate in our democracy.  All of the charges should have been dismissed and the law that led to these prosecutions should be deemed unconstitutional.”