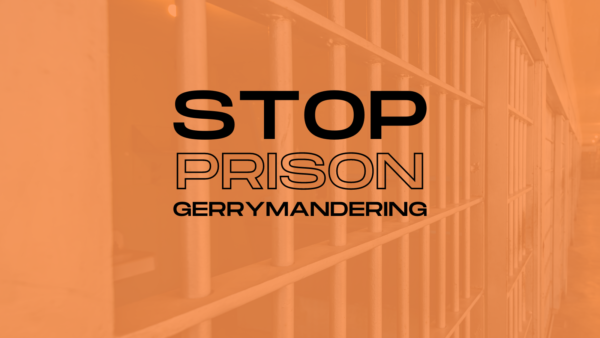 In collaboration with 14 Southern organizations, SCSJ targets 246 jurisdictions to advocate for an end to prison-based gerrymandering as 2020 Census data is released to policymakers.

Durham, N.C. (August 17, 2021) — The Southern Coalition for Social Justice (SCSJ), partnering with the Prison Policy Initiative (PPI), is advocating for municipalities in seven Southern states to end prison gerrymandering during the 2021 redistricting cycle.

Despite the fact that most state constitutions and statutes explicitly say that incarceration does not change a person’s residence, in conducting the decennial federal census, the U.S. Census Bureau counts incarcerated people in the districts where they are imprisoned instead of their home communities. As a result, this practice of “prison gerrymandering” transfers political power from densely-populated urban areas to more sparsely populated rural hubs and contributes to the systemic under-representation of disproportionately-incarcerated Black and Latinx communities.

While prison gerrymandering receives the most attention at the state and national levels, it is also a local issue that can be prevented by counties, cities, towns, and school district officials. In fact, more than 200 local governments have already taken action to avoid prison gerrymandering.

The SCSJ/PPI campaign encourages local redistricting decision-makers to exclude incarcerated individuals from redistricting data. In doing so, the local governments can not only create districts that accurately reflect constituent populations but can also help dismantle systems of white supremacy which disproportionately empower districts composed of prison populations.

In collaboration with 12 organizations based in the South, and with the assistance of Southern Poverty Law Center in Mississippi, Alabama, and Georgia, SCSJ sent letters to localities that fall into one of three categories:

“Prison gerrymandering is just another way the system is stacked against incarcerated people and their communities, boosting the political power of mostly white, rural towns by using population counts from local detention centers disproportionately made up of Black and Latinx people. But there is still time to change how state and local governments use census data in this redistricting cycle, and we’re proud to stand with dozens of amazing organizations across the South working to make sure this centuries-old policy doesn’t dictate our political representation now.”

In total, partners produced and sent letters (by email or mail) to more than 1,772 recipients in 246 local jurisdictions across seven states from May to August 2021, including Alabama, Georgia, Mississippi, North Carolina, South Carolina, Tennessee, and Texas.