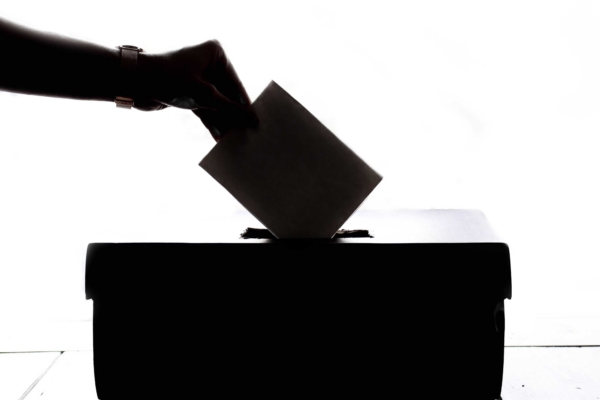 Durham, N.C. — As part of its ongoing work to protect voting rights and eliminate barriers for people with past involvement with the criminal justice system, the Southern Coalition for Social Justice recently hosted a national convening to launch its new initiative to address growing efforts to criminalize voting among certain populations, including minorities and individuals with a felony record.

The convening, titled “Navigating The Rise of Voter Prosecutions: Charting a Path of Resistance,” involved nearly 50 representatives from a variety of national, state and local organizations including the National Legal Aid & Defender Association, the American Civil Liberties Union and the Texas Civil Rights Project. The event, held in Durham, North Carolina, was funded by a generous grant from the Ford Foundation.

Participants discussed the current state of voter prosecutions and how different groups could combat this scourge. This key discussion included important perspectives from defense lawyers, civil rights litigators and organizers. The convening also provided space for these various stakeholders to consider creative ways to challenge voter prosecutions and to develop a national data base to helps track, analyze and address efforts to criminalize voting.

“A growing number of states and local jurisdictions are criminally prosecuting people for voting while ineligible, but the vast majority of these individuals don’t know they are breaking the law,” said Allison Riggs, Chief Counsel, Voting Rights for the Southern Coalition for Social Justice. “Under the guise of protecting voting rights, state and local officials are aggressively pursuing even minor infractions. Instead of protecting the right to vote, this amounts to voter intimidation and makes eligible voters more wary about exercising that right.”

For example, 441 people who voted in the 2016 election in North Carolina were found ineligible due to past felony convictions, although the majority of these people thought they had completed the process to have their voting rights reinstated. The Southern Coalition for Social Justice is representing the plaintiffs in a libel suit filed against former North Carolina Governor Pat McCrory by six people he publicly accused of voter fraud in 2016 with no evidence. More recently, Kentucky Governor Matt Bevin made an unfounded claim of voter fraud after losing the November election by about 5,000 votes.

“From the Oval Office to city council and school board elections, recklessly unsubstantiated claims of voter fraud are coming from elected officials and other government representatives in ways we rarely see. Unfortunately, given the apparent breadth of this abhorrent strategy of harassing and intimidating voters, we expect this trend to continue as we get closer to the 2020 election,” said Kareem Crayton, Executive Director of the Southern Coalition for Social Justice. “Our hope is that this event is the first in several necessary conversations about this critical issue, both to increase public awareness about this behavior and to develop a comprehensive plan to address it.”

Following the convening, the Southern Coalition for Social Justice will create a platform for collaboration among participants that will become a central repository of information for various stakeholders around the country. The use of legal authority to burden political participation has a historical lineage, but given the directed use of power in the context of voter prosecutions, this project offers educational, advocacy, and litigation support to assure that the right to vote for all people is free from burden or intimidation.