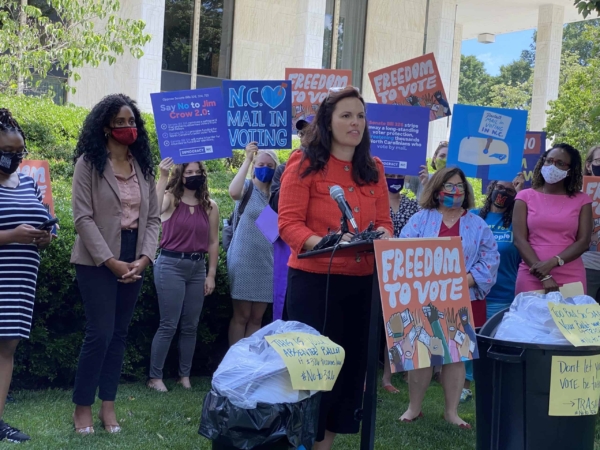 RALEIGH, N.C. (June 14, 2021) — Voting rights advocates converged on the grounds of the N.C. General Assembly on Monday for a press conference to speak out against Senate Bills 326, 724, and 725 as lawmakers ramp up efforts to restrict access to the ballot.

SCSJ is also encouraging the public to share its concerns about this anti-voter legislation with lawmakers at scsj.salsalabs.org/protectovr.

The Southern Coalition for Social Justice, founded in 2007, partners with communities of color and economically disadvantaged communities in the South to defend and advance their political, social, and economic rights through the combination of legal advocacy, research, organizing and communications. Learn more at southerncoalition.org and follow our work on Twitter, Facebook, and Instagram.