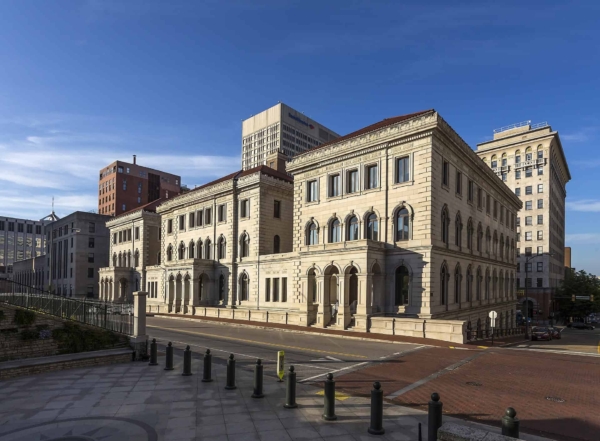 Durham, N.C. — The Southern Coalition for Social Justice (SCSJ) has filed a brief of amici curiae (“friend of the Court” brief) in support of the defendants in Public Interest Legal Foundation v. North Carolina State Board of Elections, which is currently pending in front of the United States Court of Appeals for the 4th Circuit. SCSJ filed the brief on behalf of the Association of Mexicans in North America, Inc., El Pueblo, Inc. and North Carolina Asian Americans Together, nonprofit organizations that advocate on behalf of minority populations across North Carolina, seeking to highlight for the appeals court the risk to voters of color if the decision below is not affirmed.

In 2018, Public Interest Legal Foundation (PILF) used the National Voter Registration Act (NVRA) to request sensitive and personally-identifying information regarding registered voters “who were identified as potentially not satisfying the citizenship requirements for registration.” The focus of many of PILF’s requests were counties that represent North Carolina’s most urban and non-white populations of registered voters. The North Carolina State Board of Elections provided the information it could legally provide, but notified PILF that it could not legally produce all of the requested documents. The Board of Elections also explained that many of the voters for which PILF had requested information were citizens and eligible voters. PILF sued the Board of Elections, but the Board prevailed and a federal court dismissed the case, finding that the requested information was “uniquely sensitive and vulnerable to abuse.” PILF is now appealing that ruling.

SCSJ represents clients who do advocacy amongst voters who could be subject to harassment or intimidation by improper use and disclosure of sensitive elections data. Indeed, PILF has previously disregarded warnings about data on eligible voters when it issued a series of reports in 2016 and 2017 entitled “Alien Invasion in Virginia: The discovery and coverup of noncitizen registration and voting in Virginia.” Those reports provided detailed contact information on thousands of Virginia voters, very similar to the information requested in North Carolina, and accused the individuals of being noncitizens and voting illegally. Several of those falsely accused voters sued PILF for defamation and voter intimidation, and the case was settled in 2019.

In the brief, the amici highlight why they, and the voters they support in engaging in the political process, have grounds to be concerned about the misuse and abuse of sensitive voter information.  They note: “PILF’s prior misuse of sensitive voter information concerning ‘potential noncitizens’ is a cautionary tale for the ways in which this ‘uniquely sensitive’ information could be abused to the detriment of lawful, eligible voters.”

“Voter intimidation may look differently now than it did a few decades ago, but it persists, nonetheless. In this particular historical moment, voters of color falsely accused of illegal voting are right to be fearful of online intimidation and physical threats if their addresses and contact information are widely published,” said Jeff Loperfido, an attorney for SCSJ and counsel for amici.  “We are committed to ensuring that voter data is not misused or abused, thus continuing our fight to ensure that all eligible individuals have unrestricted access to the ballot box and can exercise their right to vote without fear.”