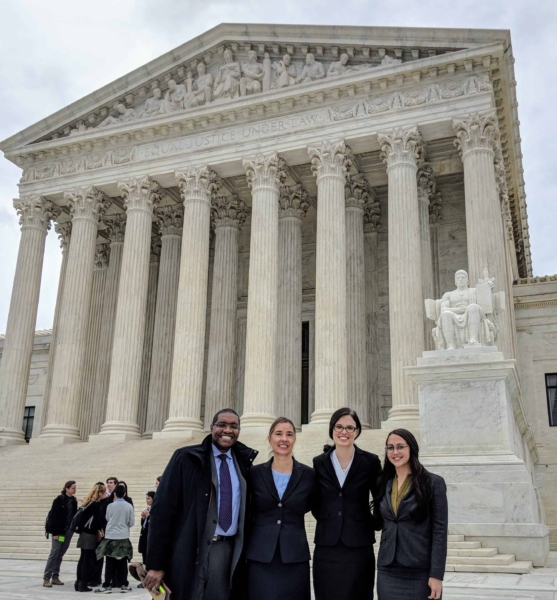 The Southern Coalition for Social Justice hit a milestone this week. Allison Riggs, our Senior Voting Rights Attorney, argued a case before the U.S. Supreme Court. Abbott v. Perez is a redistricting case out of Texas where voters of color were either packed or cracked into districts to minimize their political power. It was wrong. It was intentional. And we are proud to represent the Texas NAACP in the case.

SCSJ signed onto to Abbott v. Perez (formerly Perez v. Perry) in 2011, when it became clear that the Texas legislature’s redistricting plan was going to disenfranchise communities of color.  At the Supreme Court, Allison Riggs argued two main points: that the Supreme Court did not yet have proper jurisdiction in the case, and jurisdiction issues aside, it’s clear that the district lines drawn in Texas intentionally discriminated against communities of color.

This moment is a milestone for SCSJ.  For over a decade now we have partnered with community groups to seek justice throughout the south.  And it’s now clear that we are capable of standing before the highest court in the land – with partners and justice on our side – demanding that we live up to our ideals of having equal justice under the law.

To read more about the case, please visit https://southerncoalition.org/abbott-v-perez/

Also, here are a few news clips from this week’s hearing: