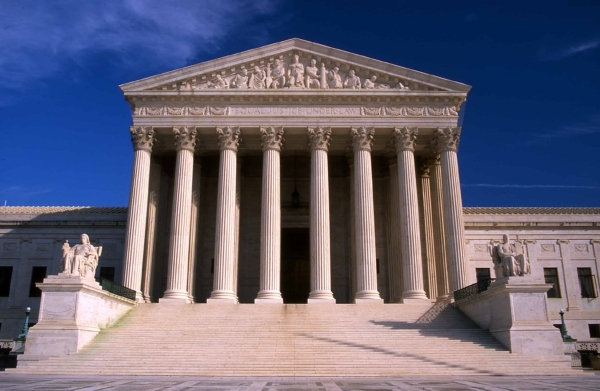 WASHINGTON, D.C. – Arguments have concluded at the U.S. Supreme Court in Rucho v. League of Women Voters of North Carolina, a partisan gerrymandering challenge to North Carolina’s congressional plan that was consolidated with Rucho v. Common Cause.  In addition to the two North Carolina cases, the Supreme Court also heard arguments in a Maryland partisan gerrymandering challenge, Lamone v. Benisek.  Together, these two cases offer a variety of options from which the justices can decide on a method to rein in the unconstitutional practice of discriminating against voters based on their political affiliation.

Allison Riggs, Senior Voting Rights Attorney for the Southern Coalition for Social Justice and attorney representing the League of Women Voters of North Carolina, issued the following statement after arguing the case today before the U.S. Supreme Court:

“There is no questioning the fact that voters in North Carolina were discriminated against based on their political affiliation when district lines were drawn in 2016.  The Supreme Court now has the opportunity to limit this kind of gerrymandering once and for all by establishing clear guidelines that would apply to Democrats and Republicans.

“Allowing this type of excessive partisan-based discrimination to continue without limit would pose grave danger to the basic constitutional demand that all voters are treated equally.  Our democracy works best when all voices are heard and when elections are determined at the ballot box, not before a single vote has been cast.

“Partisan gerrymandering has shown itself time and again to be a cancer on our democracy.  North Carolina has provided the most blatant example of this problem.  The arguments we presented to the Court today emphasize all of the different ways it can act to assure that the voters themselves, when allowed to participate in fairly structured elections, can repair the damage that’s been wrought by partisan manipulation.  We are hopeful the Court will agree that addressing this problem is essential to maintaining a healthy, functional democracy.”

Allison Riggs leads the voting rights program at the Southern Coalition for Social Justice based in Durham, NC, an organization she joined in 2009.  Her voting rights work has been focused on fighting for fair redistricting plans, fighting against voter suppression, and advocating for electoral reforms that would expand access to voting.  She has litigated redistricting cases on behalf of State NAACP Conferences in Texas, Florida, Virginia, and North Carolina.

Allison works closely with grassroots organizations and communities of color as they seek to advance their political and civil rights.  She received her undergraduate, Master’s Degree, and J.D. from the University of Florida.

Background About the Case

In February 2016, a federal trial court ordered the North Carolina General Assembly to draw new Congressional districts for the state to remedy a map that the U.S. Supreme Court had struck down as unconstitutional racial gerrymanders.  In doing so, the Legislature crafted a new set of districts that they explicitly designed as partisan gerrymanders.

The three-judge panel found the redistricting plan was an unconstitutional partisan gerrymander in January 2018.  When that decision was appealed to the U.S. Supreme Court, it was remanded to the district court to determine issues of standing in light of another U.S. Supreme Court order in a partisan gerrymandering case out of Wisconsin, Gill v. Whitford.  Upon reconsideration, the federal district court again found the state’s congressional map, and several of its individual districts, unconstitutional under the First and Fourteenth Amendments.

On March 26, 2019, the U.S. Supreme Court heard oral arguments in the North Carolina cases, as well as a case out of Maryland, Lamone v. Benisek.