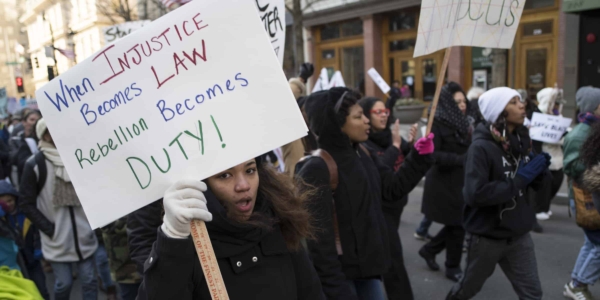 SCSJ: “This is a step in the wrong direction for a state where most people would rather walk toward equity.“

DURHAM, N.C. (May 10, 2021) — North Carolina lawmakers are advancing legislation that would create harsher penalties for minor school disciplinary infractions. House Bill 247 would allow schools to use long-term suspension or expulsion as punishment for

·       Noncompliance with a staff directive

·       Minor physical altercations that do not involve weapons or injury.

In a statement Tyler Whittenberg, Chief Counsel of Justice System Reform for the Southern Coalition for Social Justice said:

“These are all minor, vague, and subjective ‘infractions’ that will be used to disproportionately place Black and Latinx students on long-term suspension, disrupting their education while fueling the school-to-prison pipeline. Our annual Racial Equity Report Cards show that Black and Latinx students are already more likely to be suspended and referred to the criminal justice system than their white classmates. Part of making sure these students are safe from racial bias and discrimination begins with keeping safeguards in place that minimize the likelihood of inequitable treatment. Long-term suspensions, especially for minor infractions like those outlined in HB247, delay and undermine the process of identifying and addressing the root cause of legitimate behavioral issues while placing an unreasonable burden on working families. This is a step in the wrong direction for a state where most people would rather walk toward equity.”