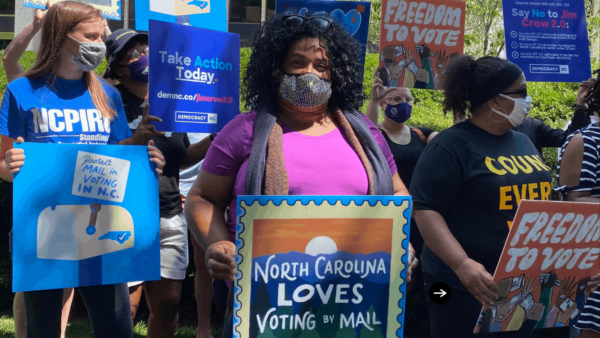 Allison Riggs, Co-Executive Director and Chief Counsel for Voting Rights at the Southern Coalition for Social Justice responded to the bills’ passage in the Senate:

“Today, the North Carolina Senate again rammed through significant changes to our state’s elections designed to erode the progress that led to record turnout last year. Make no mistake: these unvetted and unclear changes to online voter registration, limits to voting by mail, and cuts to election funding without anything to replace it, will hurt North Carolina voters — especially people of color, students, the elderly, and people with disabilities. We vow to keep fighting for those voters.”