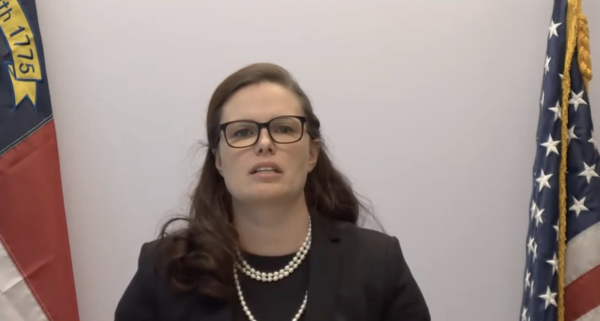 Speaking on behalf of plaintiff Common Cause, Southern Coalition for Social Justice Co-Executive Director and Chief Counsel for Voting Rights Allison Riggs alleged lawmakers’ maps were enacted with discriminatory racial intent in a redistricting process that violated North Carolina Constitutional requirements, as interpreted by the Court in the 2002 and 2003 Stephenson v. Bartlett decisions.

“The legislative majority acted to entrench itself, firewalled from losing power even if voter preferences dramatically changed, and [they] accomplished this in part by targeting Black [crossover] districts in Eastern North Carolina,” Riggs said during oral arguments.

North Carolina’s primary election is scheduled for May 17, with the candidate filing period expected in late February. Stay connected to the Southern Coalition for Social Justice for the latest on the N.C. Supreme Court’s ruling by joining our mailing list at scsj.org/newsletter.