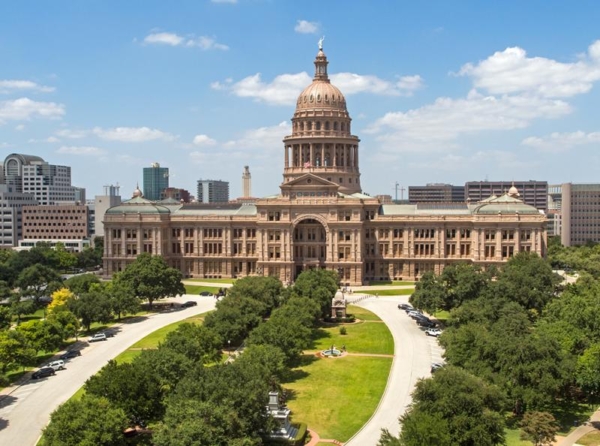 “Texas’ latest gerrymanders seek to blunt the political power of fast-growing populations of Latino, Black and Asian American and Pacific Islander voters by carving up their chance to elect their preferred candidates to the United States Congress, the Texas House of Representatives, and the Texas Senate,” Allison Riggs, Co-Executive Director and Chief Counsel for Voting Rights with SCSJ. “This intentional discrimination of voters of color in clear violation of the VRA and US Constitution cannot stand.”

“Today, the Fair Maps Texas Action Committee is honored to join our partners from across the state to challenge the unconstitutional district maps recently passed by the State of Texas. Lawmakers have willfully ignored the rich diversity of our growing state and have instead chosen to draw maps that discriminate against voters of color,” said organizations from the Fair Maps Texas Action Committee in a joint statement. “From the very start of this legislative process, we worked to bring diverse people together so that all marginalized communities receive fair representation. Despite our best efforts to advocate for a fair and open redistricting process, the politicians in charge chose to shut the public out in order to force through blatantly gerrymandered maps. Now, we will take action together to challenge these unlawful maps because our democracy is threatened.”

Since the passage of the Voting Rights Act in 1965, Texas has not gone a single decade without a federal court finding that the state had violated federal protections for voters of color. In 2021, Texas lawmakers’ voting plans for State House districts (H2316), State Senate districts (S2168), and Congressional districts (C2193), repeat the Legislature’s past mistakes. The complaint alleges that each plan discriminates against voters of color by failing to create coalition districts mandated by Section 2 of the VRA, intentionally dividing voters of color into several districts, and otherwise diluting the voting power of people of color. As the complaint documents, in areas like Fort Bend County, a diverse region near Houston, Texas, AAPI communities are cracked “with almost surgical precision,” depriving them of an equal opportunity to elect their candidates of choice.

“Asian Americans and Pacific Islanders (AAPI) are the fastest-growing racial group in America and especially in Texas. Together with their Black and Latino neighbors, AAPIs have already demonstrated that they vote together. It is clear that these new legislative district lines were drawn to intentionally divide these rapidly growing AAPI communities and prevent them and other communities of color from electing candidates of their choice. This continues Texas’ shameful history of discriminating against voters of color,” Jerry Vattamala, Director of the Democracy Program with AALDEF. “This brazen attack on the voting rights of people of color in Texas is a fundamental attack on democracy and violates the Voting Rights Act and the Constitution. All Texans should be appalled at these blatantly discriminatory district lines.”

The complaint specifically seeks to remedy discriminatory districts in many of Texas’ fastest-growing cities and suburban areas, where the political power of communities of color is exploited to the benefit of more conservative white areas. For example, the lawsuit identifies how Texas’ state House maps unfairly crack AAPI voters in Fort Bend and Collin counties among multiple districts, while House Districts 54 and 55 in Bell County brazenly split the city of Killeen, where 40% of residents are Black. The complaint also focuses on state Senate and Congressional maps where new districts in the Dallas-Fort Worth and Houston metros intentionally divide AAPI, Black, and Latino voters. The suit also points out that Texas’ Congressional maps create two new majority-white districts in a state where 95% of population growth stems from communities of color.

“Texas has once again drawn electoral districts to ensure minority voters in diverse places are silenced,” David Donatti, Staff Attorney with the ACLU of Texas. “Places like Fort Bend County, where I grew up, have some of the fastest-growing communities of color in Texas and yet those voices will not be heard during election times because of the way these maps are drawn. Racial gerrymandering violates the core premise of our constitution, that our votes be counted equally no matter our race and ethnicity. We are suing to stop Texas’s discriminatory gamesmanship; our democracy hangs in the balance.”

The American Civil Liberties Union of Texas is the leading civil rights organization in the Lone Star State. Since our formation in 1938, we have worked in the courts, the legislature, and through public education to protect civil rights and individual liberty.

The Fair Maps Action Committee is a sub-committee of Fair Maps Texas dedicated to taking action to protect voters in Texas who may be subject to unlawful redistricting.