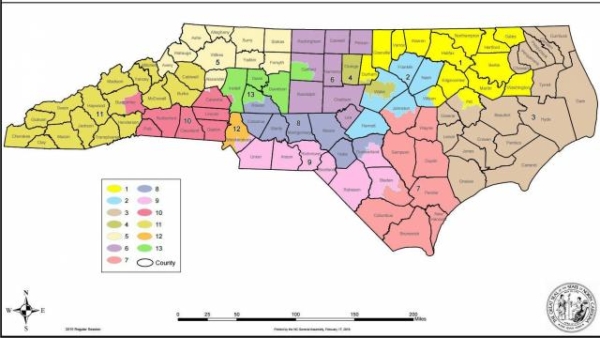 Allison Riggs, senior voting rights attorney for the Southern Coalition for Social Justice, argued the North Carolina case at the Supreme Court on behalf of the League of Women Voters of North Carolina plaintiffs on March 25, 2019.

“This is obviously a deeply disappointing outcome.  We respectfully disagree with the Chief Justice that this decision won’t be read as an endorsement of excessive partisan gerrymandering.  Sadly, given our vast experience in redistricting, we can think of nothing else it will do.  The arc towards justice bends slowly, and our fight does not end today.  While, unlike citizens in some other states, North Carolinians cannot force redistricting reform upon recalcitrant legislators, we must raise our voices even more loudly, demanding change.  We can participate in elections at even higher rates to voice our outrage.  We can demand action from Congress and work tirelessly to elect officials to both Congress and state legislatures that will heed our voice.  We can remind our friends and neighbors at every opportunity that elections matter.  And in some states, including North Carolina, we ask the state courts to do what the Supreme Court is unwilling to do: vindicate the fundamental right to vote.”

Kareem Crayton, executive director of the Southern Coalition for Social Justice, issued the following statement after the opinion was released:

“Unfortunately, the people will not today receive the answer that we all hoped we would from the United States Supreme Court.  But we also know that the Court has not always found itself on the right side of history.  It remains true that the most excessive forms of gerrymandering undermine the basic promise of democracy — that the people should drive election outcomes and not partisan-obsessed hacks.  The decision today, while we believe deeply flawed, is far from the last word on the matter. We remain committed to pressing for changes that assure that the expressed will of the people is treated as a necessity to democracy rather than a nuisance.”

The Southern Coalition for Social Justice, the Campaign Legal Center and University of Chicago Professor Nicholas Stephanopoulos represented the League of Women Voters of North Carolina and 12 individual North Carolina plaintiffs in the case.