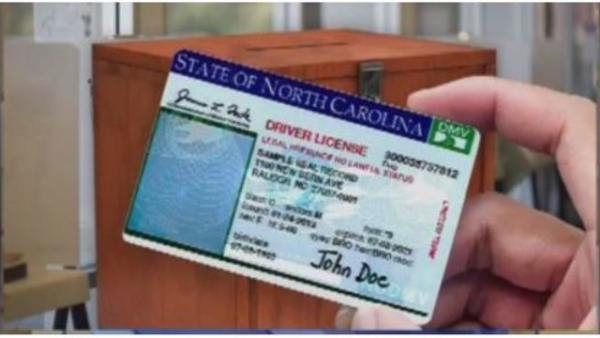 RALEIGH, N.C.  – Six North Carolina voters today filed a notice of appeal from a Wake County Superior Court decision denying their request to freeze enforcement of North Carolina’s Voter ID statute until a trial can be held on its constitutionality. A three-judge panel found last Friday that plaintiffs have sufficiently alleged that the voter ID law is intentionally discriminatory, but a majority of the Court voted to allow the law to remain in effect while the case moves forward.  If the panel’s denial of plaintiffs’ request for a preliminary injunction stands unaltered, voters will need to show certain ID at the polls to cast a regular ballot in the 2020 elections, unless the law is struck down following a trial on the merits.

The Southern Coalition for Social Justice and pro bono counsel from the law firm Paul, Weiss, Rifkind, Wharton & Garrison LLP represent the six North Carolina voters in their challenge to the Voter ID statute. On June 28, 2019, the three-judge panel heard arguments from Allison Riggs, senior voting rights attorney at the Southern Coalition for Social Justice on why the case should be allowed to continue, and why the Voter ID statute, which requires voters to either show certain ID at the polls or cast a provisional ballot, would irreparably harm voters if enforced.

In a separate opinion, Judge O’Foghludha wrote that he would have granted the preliminary injunction that Plaintiffs sought, noting that “the State has no legitimate interest in passing enabling legislation containing provisions already adjudicated to discriminate against minority voters, and that are likely to have a disproportionate impact on such voters, per the decision in North Carolina State Conference of the NAACP v. McCrory, 831 F.3d 204 (4th Cir. 2016)”—the case in which North Carolina’s previous voter ID law was found to have targeted African-American voters “with almost surgical precision.”

Allison Riggs, issued the following statement after Friday’s opinion was released: “North Carolina’s history of discriminatory voter ID laws, combined with our experience in the March 2016 primary when a similar ID law was in effect, tells us that the Court’s denial of the preliminary injunction will result in widespread confusion and disenfranchisement if left in place.  We do not think the majority’s decision was well-founded, based on the extensive evidence presented to the Court, and we are hopeful that North Carolina’s higher courts will agree on appeal.  On behalf of Plaintiffs in this case, we will keep fighting to protect their rights and the rights of all North Carolina voters.”

Jane O’Brien, partner at Paul, Weiss and co-counsel for the plaintiffs, issued the following statement after the opinion was released: “An unencumbered right to vote is critical to our democracy.  As Judge O’Foghludha’s dissent makes clear, the discriminatory history and underpinnings of this legislation deprive voters in North Carolina equal access to the voting booth. North Carolina owes its residents a statute that will not disenfranchise eligible voters.”

On June 7, 2018, North Carolina Speaker Tim Moore introduced HB 1092, a constitutional amendment that would require voters in the state to present photo identification before voting.  The legislation passed both chambers of the General Assembly and was placed on the November ballot.  The ballot did not provide a detailed explanation of the proposed amendment or what IDs would be acceptable.  The amendment passed with 55% of the ballots cast in 2018.  Barely a month later, the lame duck legislature, in a deliberately hurried session, enacted SB 824, detailing the new requirements for presentation of photo identification when voting.  The rushed law was unnecessarily onerous, and its terms were far more restrictive on voters than needed to comply with the new constitutional provision.