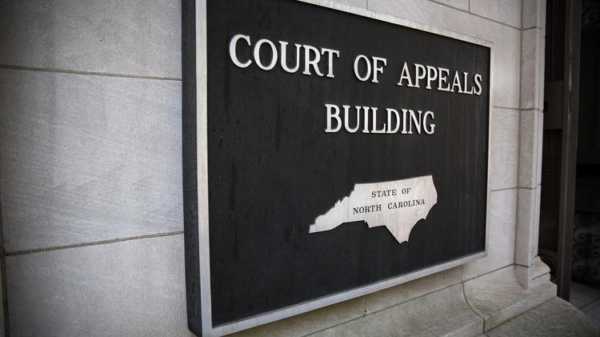 Durham, N.C. — The North Carolina Court of Appeals yesterday issued a key decision in Holmes v. Moore, blocking the state’s voter ID law from taking effect until the trial of the case has concluded. The lawsuit challenges the constitutionality of S.B. 824, which was passed in December 2018 following the approval of a state constitutional amendment requiring people in North Carolina to present an ID before voting.

The five plaintiffs contend that the law was intended to disenfranchise voters of color in a racially discriminatory manner. They are represented by the Southern Coalition for Social Justice along with pro bono counsel from law firm Paul, Weiss, Rifkind, Wharton & Garrison LLP.

“This strongly worded ruling, which highlights the abundant evidence of discriminatory intent of the challenged law, sends the unequivocal signal that constitutional protections in North Carolina will be vigorously enforced by our state courts, an outcome that will protect all voters and ensure a robust democracy,” said Allison Riggs, chief counsel for voting rights with the Southern Coalition for Social Justice. “This ruling protects North Carolina voters from being forced to jump through excessive hurdles to obtain picture IDs or vote a provisional ballot if they don’t, paving the way for more voters to cast their ballots in these critical state and national races.”

The Court of Appeals’ unanimous ruling detailed the substantial evidence showing that S.B. 824 was enacted with discriminatory intent, such as the General Assembly’s long history of attempting to pass discriminatory voter ID laws, including a similar law that was struck down by a federal court in 2016 for unlawfully targeting voters of color with near-surgical precision. The Court also cited the fact that “S.B. 824 was passed in a short timeframe by a lame-duck-Republican supermajority” without seeking significant public input or studying the law’s likely impact on voters.

The Court further explained that the evidence provided to date indicated that it was intentional discrimination that motivated the General Assembly to enact S.B. 824, and not a legitimate need to implement the state’s voter ID constitutional amendment: “As detailed above, the General Assembly’s history with voter-ID laws, the legislative history of the act, the unusual sequence of events leading to its passage, and the disproportional impact on African American voters likely created by S.B. 824 all point to the conclusion that discriminatory intent remained a primary motivating factor behind S.B. 824, not the Amendment’s directive to create a voter-ID law. This is especially true where the Amendment itself allows for exceptions to any voter-ID law, yet the evidence shows the General Assembly specifically left out types of IDs that African Americans disproportionately lack. Such a choice speaks more of an intention to target African American voters rather than a desire to comply with the newly created Amendment in a fair and balanced manner.”

A similar case against S.B. 824 was filed in federal court, and a federal judge issued an injunction against the North Carolina voter ID law in late 2019. That injunction has been appealed to the federal Court of Appeals for the Fourth Circuit.

“We are pleased that the North Carolina Court of Appeals recognized that the evidence strongly suggests S.B. 824 was enacted with discriminatory intent, and should not be allowed to go into effect,” said Jane O’Brien, a partner at Paul, Weiss, Rifkind, Wharton & Garrison LLP. “This ruling is a win not just for our clients, but for all potential voters in North Carolina.”