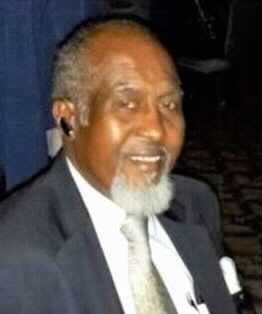 Southern Coalition For Social Justice extends its deepest condolences to the family and loved ones of Maurice Holland Sr. His foundational support for this organization has been vital to its success.

Maurice was a prominent organizer in Moore County and the larger southeastern NC area. Together with SCSJ’s founding Executive Director, now North Carolina Supreme Court Justice Anita Earls, he worked on municipal under-bounding – the ways in which Black communities were excluded from towns and cities across the region, and in turn were underserved by city services and silenced on the political activities of their communities. It was that work, Maurice’s commitment to building community-based power, and his passion for political, economic and social rights of the marginalized, that led him to be an SCSJ founding Board of Directors member. He served as the first Board Chair for 10 years, and we were so lucky to have his guidance.

I was honored to first meet and start working with Maurice in 2009. I witnessed the way in which he helped sculpt SCSJ into the amazing organization it is today. Maurice was always kind and gentle, but unyielding when it came to fighting for justice. We at SCSJ take seriously the need to honor his legacy with our work.

Over the years, when his health allowed for it, Maurice drove to Durham to attend quarterly Board meetings. In the critical years of SCSJ’s infancy, Maurice shared his invaluable perspective about what communities needed to achieve their goals, and he shared our vision of a multidisciplinary approach to supporting community organizing. He advocated for all underserved communities in the South, and he helped build an organization that is now celebrating its 15th year in existence. His legacy will live on at SCSJ in the voting rights, justice system reform, and environmental justice work, and in so many other ways. We are grateful for his life and how he modeled bending the arc toward justice.

There is still much work to be done in areas such as municipal underbounding, preventing land loss in minority communities and reintegration of the formerly incarcerated into society. We hope that Maurice’s legacy inspires others to be part of those fights for justice.