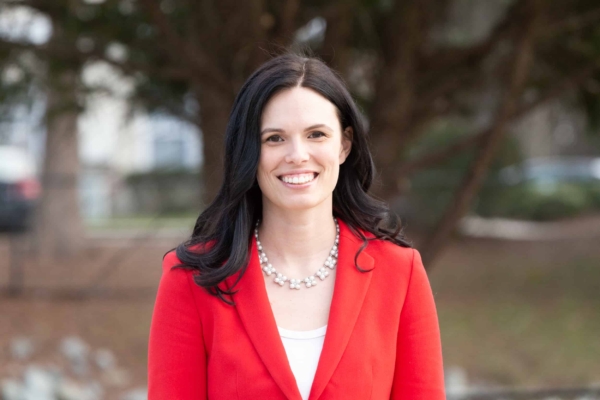 Cooper made the announcement Thursday — he is filling a vacancy that was created when Judge Richard Dietz was elected in November to the North Carolina Supreme Court. Riggs will assume this new role in January.

“I am honored to accept Gov. Cooper’s appointment and to serve the state I love as a member of the Court of Appeals,” Riggs said. “We have three independent branches of government and the judiciary plays an important role in ensuring that the rule of law keeps our state moving forward and protects our citizens. Moreover, the judiciary serves a critical role in ensuring that equal justice for all is a reality for all, not just some. I look forward to serving on the Court and to talking to voters across the state as I run for office in 2024.”

Riggs currently leads the Voting Rights Program at SCSJ, which she joined in 2009 under then-executive director and founder Anita Earls. Earls was elected to the North Carolina Supreme Court in November 2018.

“It is with both joy and sadness that I congratulate Allison on this well-deserved appointment,” said Roberson. “I know she will continue to serve the citizens of North Carolina well from the bench. I also want to thank her for her years of service to SCSJ and her help growing the organization — it’s because of her work that we’ll be able to continue serving people all across the Southern United States.”

Riggs’ voting rights work over the last nearly 15 years at SCSJ has been focused on fighting for fair redistricting plans, fighting against voter suppression, and advocating for electoral reforms that would expand access to voting.

She has litigated redistricting cases on behalf of State NAACP Conferences in Texas, Florida, Virginia, and North Carolina. In 2018, she argued a Texas redistricting case in the U.S. Supreme Court, and in 2019, she argued a North Carolina partisan gerrymandering case in the same high court. Most recently, she worked as lead counsel on the Moore v. Harper case, which was heard earlier this month in the U.S. Supreme Court.

Riggs received her undergraduate, Master’s Degree, and J.D. from the University of Florida.

“Allison Riggs is a brilliant attorney and an experienced litigator who has spent her career fighting for fairness and defending people’s constitutional rights,” Cooper said in his announcement. “I am confident that she will continue to serve our state with distinction and be a great asset to the bench.”