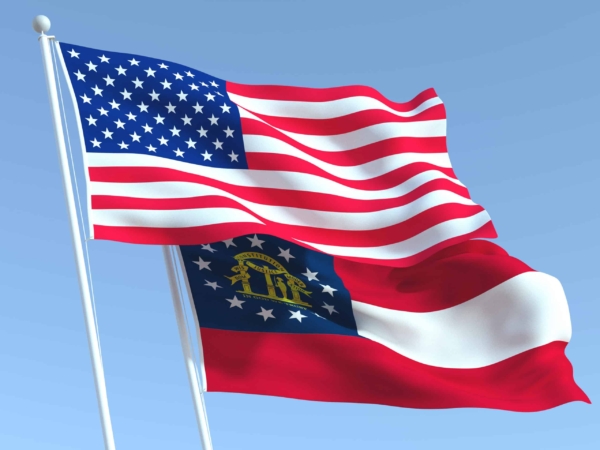 In the 2020 elections, Georgia was one of the most influential states concerning voter turnout. Voters came out in droves and Georgia saw a turnout rarely seen before, with more than 5 million ballots cast, a difference of around 1 million from 2016’s election. There was also a significant jump in voter registration in this election, leaping from 6.6 million registered voters in 2016 to 7.2 million at present. Many of these newly registered voters are youth who have been automatically registered upon receiving their driver’s license, a relatively new initiative within the state.

This automatic registration has had an enormous impact on voter demographics within Georgia, both in age and in the ethnicity of voters. Around half of all new voters since 2016 are under the age of 35. Tufts University estimated that 20% of Georgia’s votes in this year’s election were made by voters under the age of 30, which is three percentage points higher than the national average, making this state the best performing for youth voter turnout. This initiative has also been helpful for voters of color specifically, who are more likely to not meet voter registration deadlines and be turned away due to their registration status at the polls. Having many new voters already enfranchised, who have one less step of having to worry about their status leading up to the election, has led to the incredible turnout seen this year. The new wave of youth and minority voters has played a significant role in the results of the state, which was flipped for the first time since 1992.

However, met with disinformation and claims of voter fraud in the extremely close Presidential election, many counties within Georgia are moving forward with the plan to recount ballots by hand, the deadline for which is November 20th. This is an ambitious task, aimed at recounting approximately 5 million votes, with human error being a worrisome factor. Although the recount was a statewide audit, all of the counties conducting recounts by hand are—at least for now—responsible for funding the effort. After the recounts have been completed, the newly certified results will be made available in the week that follows, for which news outlets and citizens alike are eagerly awaiting.

Georgia is the political focus of the nation for yet another reason. Within the state, any candidate running for state or local elections must clear 50% of the vote to declare a victory. Because several positions up for election this year had not reached this percentage, there must be two separate runoff elections for Georgia on January 5th to decide local and Senatorial positions. The focus of the country on Georgia during this time is for good reason: whichever party wins in this January run-off Senatorial election will ultimately decide which party controls the U.S. Senate. There are massive amounts of money being poured into Georgia from all parties for campaigning, and the country is watching with bated breath.

Georgia is allowing new voters to register to vote in this runoff up until December 7th. That means that new young voters who were not old enough to vote in November, and eligible voters who were unable to vote, still have the ability for their voices to be heard, which can be crucial for this election. Numbers estimate that up to 23,000 newly registered voters are expected from this change, and this number can make a significant difference in the turnout of the election. For much of the country, election season is over; however, for Georgia, the campaign has only just begun.