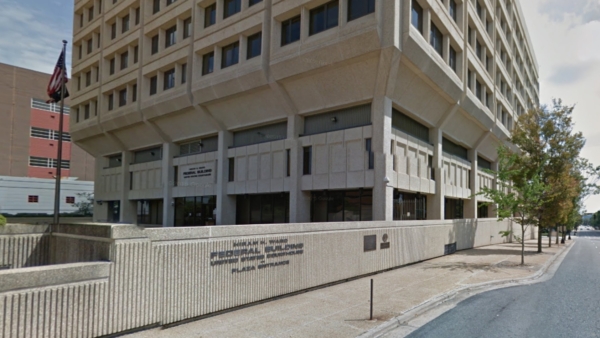 WINSTON-SALEM, N.C. – Earlier today, a federal court approved a settlement agreed to by civil rights organizations and the N.C. Department of Motor Vehicles (DMV) in the federal class-action lawsuit Johnson v. Goodwin. Under the terms of the settlement, the DMV will inform tens of thousands of drivers via a special notice about the process to request a state court hearing to determine if revocation of their driver’s licenses was the result of a person’s inability to pay fines, penalties, and court costs and if they may be eligible for waiver or reduction of these costs and reinstatement of their license.

“We expect this settlement will help mitigate the harms of the unnecessarily harsh and punitive practice of revoking people’s drivers’ licenses because they are not wealthy, a practice which has disproportionately affected people and communities of color,” said Michele Delgado, staff attorney for the ACLU of North Carolina. “People should know that there’s a process to request a court hearing and possible relief if they believe their driver’s licenses were wrongly revoked. The public should have clear information about their rights to a state court hearing regarding their ability to pay traffic-related fines and costs before their license is taken away from them.”

As one example of the extreme hardship faced by class members, one plaintiff in the case had to choose between paying traffic fines and supporting his children. He was forced to use his rent money to pay off the more than $700 he owed to reinstate his license.  A separate ticket for driving with a revoked license, as well as court costs and fees, left him with fears that he would lose his license again. As a result of plaintiffs’ bringing this suit – and the resulting settlement – North Carolinians will be better able to avoid the harsh and unnecessary punishment of losing their licenses due to an inability to pay fines and fees.

“North Carolina’s wealth-based license revocation system has forced tens of thousands of drivers to choose between paying traffic fines or supporting their families,” said Jeff Loperfido, Senior Voting Rights Counsel, Southern Coalition for Social Justice.  “Today’s settlement brings the state one step closer to affording these North Carolinians their due process under the law and blunting a punitive system that disproportionately impacts people of color, driving more of our neighbors into needless cycles of debt.”

In addition to providing a special notice to tens of thousands of drivers with a revoked license, the DMV will also revise future notices to include information on how a driver can petition and demonstrate to the court their inability to pay a traffic-related fine or cost prior to a failure-to-pay revocation. The DMV has also agreed to fund an informational website to be created and administered by the North Carolina Justice Center. The website will host informational videos, written explanations, and other materials on preventing or removing a license suspension for non-payment. The website will also list pro bono legal resources that may be available for people seeking to avoid license revocation or remove a revocation from their record. The website will be referenced in the special and newly revised notices for 18 months. The information regarding these notices will be available on the DMV website and in 117 DMV locations.

“North Carolina families deserve better than bureaucratic practices that punish people for not being wealthy,” said Miriam Gutman, senior attorney for the Economic Justice Project at the Southern Poverty Law Center.  “For most North Carolinians, the ability to drive is crucial to getting and keeping employment, accessing healthcare, buying groceries, and more. The impact of revoking a driver’s license is severe. It deprives people of the ability to support and care for themselves and their families, and it funnels them into cycles of debt and poverty. We hope that today’s settlement can help disrupt that cycle for many North Carolinians and their families.”