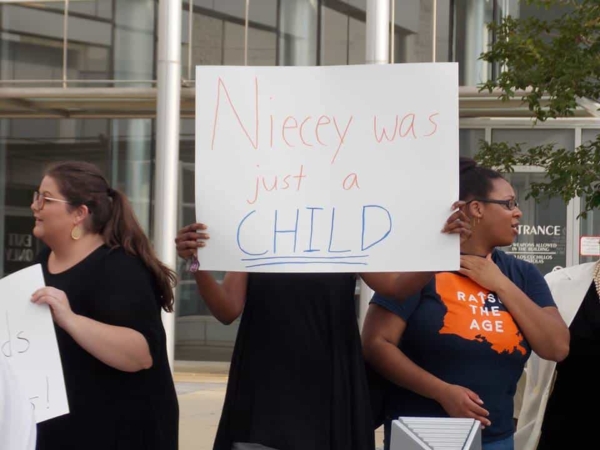 DURHAM, N.C. —  A federal judge has endorsed a settlement that requires separate facilities for youth and adults in Durham’s detention facilities.  The court order resolves a lawsuit brought by the family of 17-year-old Uniece Fennell after she took her own life in the Durham County Detention Facility (DCDF) in 2017. The order by U.S. District Judge Thomas D. Schroeder makes the agreement binding and enforceable in federal court.

The Southern Coalition for Social Justice and Hank Ehlies of the Policy Council for Law Enforcement and the Mentally Ill represented Uniece Fennell’s family in the case and negotiated the settlement with Durham County and the Durham County Sheriff’s Office.

“This agreement, and Judge Schroeder’s subsequent order, addresses a number of issues that contributed to Uniece’s tragic death,” said Ian Mance, staff attorney at the Southern Coalition for Social Justice. “Many of them, including the hanging hazards in the cells, the commingling of juveniles and adults, and the inadequacy of mental health care, have been known by county officials for years but had not been adequately addressed.  A federal court has now assumed jurisdiction over the matter, and people in Durham should have confidence that the commitments from the Sheriff and the County will be implemented.”

In accordance with the terms of the settlement agreement and Judge Schroeder’s Order, if the County or Sheriff’s Office fail to comply with any of these terms, the Southern Coalition for Social Justice may notify the parties that they are out of compliance, and all parties will submit to mediation.  If such mediation is unsuccessful, SCSJ can move to “enforce the Settlement Agreement” in federal court.

“It is a great day for the people of Durham County,” said Hank Ehlies of the Policy Council for Law Enforcement and the Mentally Ill, a member of the legal team. “The Durham County Commission and the Sheriff inherited the responsibility to make these changes and have stepped up to the plate. This resolution will save lives and improve the health and welfare of all citizens of Durham County.”

Julia Graves and the estate of Uniece Fennell were represented by Ian Mance, Whitley Carpenter and Ivy Johnson of the Southern Coalition for Social Justice. Hank Ehlies of the Policy Council for Law Enforcement and the Mentally Ill also served on the legal team.

A copy of the court order can be found at http://bit.ly/GravesOrder

A copy of the complaint can be found at http://bit.ly/fennellcomplaint

A copy of the settlement agreement can be found at http://bit.ly/fennellMOA﻿