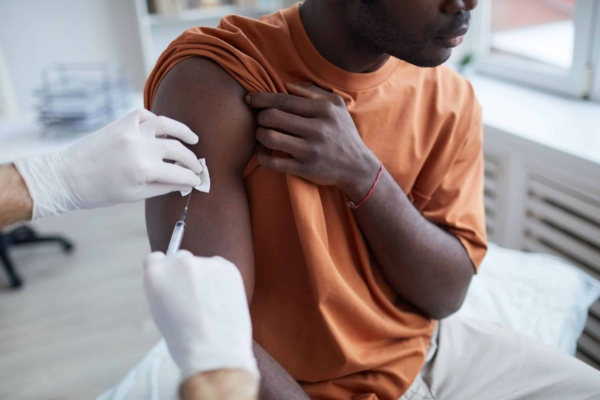 While it is no secret that everyone is heavily impacted by COVID-19, people of color and low-income families are being hit even harder. The amount of health care resources available to and accessible for low-income families prior to the pandemic were already scarce, and with the introduction of COVID, their options are even more limited. A lack of high-quality resources has heavily impacted people of color, considering “COVID-19 cases and deaths were disproportionately higher in communities with larger Black populations. Contributing to these poorer outcomes is the far greater likelihood Black and Latino Americans live in poverty and reside in neighborhoods with overcrowded households, air pollution, and inadequate access to health care,” as stated in an article from The Commonwealth Fund. While this is a difficult time for everyone, it is important to think of those who have fewer options available and provide more equitable access to the vaccine – including accurate, timely, and relevant information about the vaccine.

While many low-income areas do not have access to proper testing or vaccine sites and resources, the individuals in these areas are affected even more by COVID. An example would be the disproportionate access to and distribution of resources in North Carolina. While vaccines are becoming more available to North Carolina residents, of the 1.5 million first doses administered, 77% have been administered to White people, who account for 71% of the state’s total population; 16% have been administered to Black people, who represent 22% of the total population; and 3% have been administered to Hispanic people, who comprise 10% of the state’s population, according to Bloomberg. This data is necessary to have in order to implement more equity into the distribution of vaccines and resources to communities of color across North Carolina. The lack of reach to Hispanic people in North Carolina illustrates an example of racial injustice in health care and the state failing to provide communities in need with adequate resources. According to Bloomberg, 4% of first doses administered during the week ending February 21st were given to Hispanic people, slightly up from the 2% during the week ending January 17. This data illustrates that North Carolina is not reaching the most underrepresented areas in the state, which is creating disparities between the different race populations by failing to evenly distribute COVID vaccines.

There are many factors that go into obtaining a COVID vaccine which are often overlooked. People must have internet to book an appointment online, flexible work schedules to take time to travel to the site and get the vaccine, childcare as needed to take care of children during the appointment, adequate transportation to vaccine sites, and accessible vaccine sites in their communities. Lower-income areas are less likely to have access to these resources, and it is the duty of the state to distribute vaccines in harder-hit communities. As more people become vaccinated across the country, it is important to think of those who remain unvaccinated yet who desire the vaccine. One way to make the vaccines more accessible in low-income areas would be to implement more vaccine distribution sites across the state and make the registration process simpler. As opposed to requiring online registration, vaccine distribution sites could allow walk-in appointments and registration for those eligible for the vaccine, making it easier for more people to be vaccinated. If we all come together to support underprivileged communities, we can help change the way COVID is impacting these areas.