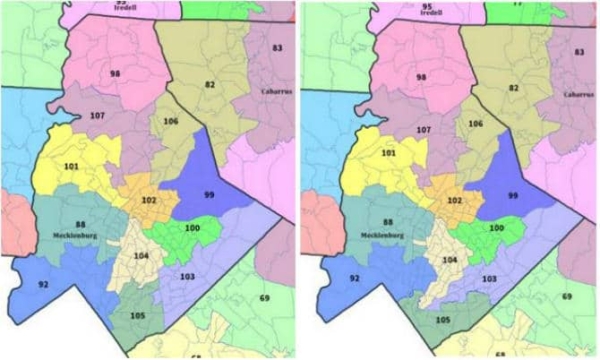 “We appreciate the input and guidance of the Special Master and the Court to fully eliminate the unconstitutional use of race to segregate voters in North Carolina state legislative districts,” said Allison Riggs, senior voting rights attorney at the Southern Coalition for Social Justice. “North Carolinians across this state fought for fair districts. We hope that legislators respect the reasoned opinion of this court that this kind of race discrimination has no place in our democracy.”

This same three-judge panel found in 2016 that twenty-eight state legislative districts to be unconstitutional racial gerrymanders.

The Southern Coalition for Social Justice, along with the Poyner Spruill law firm, represents the plaintiffs in the lawsuit.

A copy of the court order can be found at http://bit.ly/CovingtonOrder

Background about this case:

On June 5, 2017, the U.S. Supreme Court summarily affirmed a lower court’s decision in Covington v. North Carolina that 28 of North Carolina’s state legislative districts are racial gerrymanders.  The decision was issued “per curiam,” meaning by a unanimous decision of the Court. The ruling came two weeks after the U.S. Supreme Court found two of the state’s congressional districts were also racial gerrymanders.

On July 31, 2017, The federal court for North Carolina’s Middle District ordered the General Assembly to redraw legislative maps by September 1, 2017, in order to remedy the unconstitutional racial gerrymanders.  The legislature adopted new maps on August 30, 2017.

Plaintiffs filed objections to the second enacted district plans and a hearing was held before the panel of three judges on October 12, 2017.

On October 26, 2017, the Court announced its intention to appoint Dr. Nathaniel Persily to the position of “Special Master” to review the newly adopted redistricting plan and recommend adjustments to ensure the map’s compliance with state and federal law.  Dr. Persily’s appointment became official on November 1, 2017.

Dr. Persily issued a draft recommending changes to the state’s redistricting plan on November 13, 2017, and he solicited feedback from the plaintiffs and defendants.  Both parties submitted comments.

The three-judge panel heard arguments from the plaintiffs and defendants regarding the Special Master’s plan on January 5, 2018.