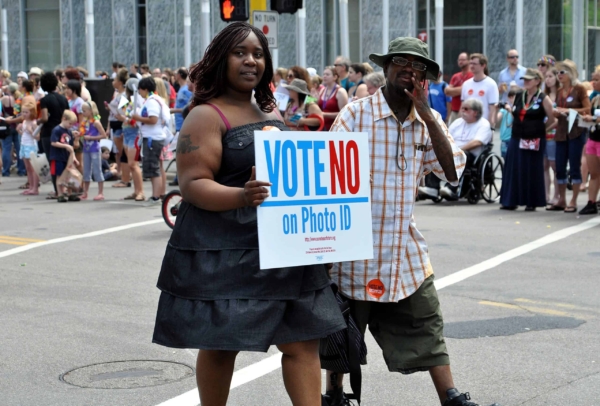 Durham, N.C. — A three-judge panel in Wake County Superior Court declined to lift a preliminary injunction against North Carolina’s voter ID law in Holmes v. Moore, saying a modification to the list of permissible IDs approved by the legislature this summer does not resolve concerns that the voter ID law discriminates against voters of color.

The five plaintiffs are represented by the Southern Coalition for Social Justice along with pro bono counsel from law firm Paul, Weiss, Rifkind, Wharton & Garrison LLP.

Filed in December 2018, Holmes v. Moore alleges that North Carolina’s voter ID law (S.B. 824) was racially motivated. In February 2020, a preliminary injunction against S.B. 824 was granted by the North Carolina Court of Appeals, with the Court finding substantial evidence that the law was enacted with discriminatory intent. The Court cited the North Carolina General Assembly’s long history of attempting to pass discriminatory voter ID laws, including a similar law that was struck down by a federal court in 2016 for unlawfully targeting voters of color with near-surgical precision.

In June 2020, the General Assembly approved H.B. 1169 to address several issues related to voting during the COVID-19 pandemic. Included in this bill was language allowing ID cards “issued by a department, agency or entity of the United States government or this State for a government program of public assistance” to be used as a valid ID to vote. The legislative defendants in Holmes v. Moore filed a motion to dismiss the preliminary injunction in July, arguing that this additional form of ID addressed the concerns of the court, although, as plaintiffs pointed out, in parallel federal court proceedings, the legislative defendants argued that the addition of those forms of IDs will not significantly decrease the number of voters lacking sufficient IDs for voting.

The three-judge panel in Wake County Superior Court agreed with the plaintiffs, saying the enactment of the new law is not enough to dissolve the preliminary injunction preventing the implementation and enforcement of the voter ID law in advance of November’s election.

“The Court continues to make it clear that the North Carolina General Assembly needs to take real steps to show any voter ID law enacted in the state will not disproportionately impact voters of color,” said Jeff Loperfido, Senior Counsel for Voting Rights with the Southern Coalition for Social Justice. “With this injunction remaining in place for November’s critical General Election, it will make it easier for all voters to have their voices heard and their votes counted.”