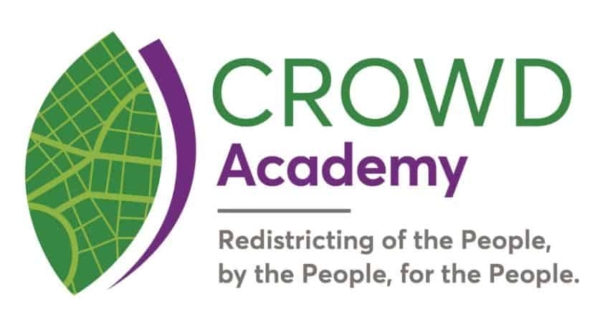 Each fellow is a graduate of SCSJ’s Community Redistricting Organizations Working for Democracy (or CROWD) Academies. They are assigned to certain regions of the state to train their communities on the principles of political redistricting and advocate for more inclusive and transparent map-making on the local, state and federal levels.

Fellows include Huntsville’s own Stephanie Barnett who was frustrated by the state’s gerrymandered districts and joined the program to help fellow Alabamians map their own future. Fellow Shalela Dowdy of Mobile says the CROWD program gave her the information and influence to be a mentor she wished she’d had as a young Alabaman. Felicia Scalzetti, a digital organizer in Birmingham, sees redistricting as a means to “make our communities whole and deliver what our schools and families need for a decade to come.” Fellow Khadidah Stone of Montgomery says her redistricting work finally allows her to speak up for others and help them have their “own voice” for the Alabama they want to see.

”The Alabama CROWD fellowship is the culmination of months of training and many hours of hard work by dedicated individuals committed to one goal: fair voting districts,” said Irving Zavaleta, SCSJ’s Networks Director for Voting Rights. “Alabama Fellows Stephanie Barnett, Shalela Dowdy, Felicia Scalzetti, Khadidah Stone are a testament to what happens when local activists commit to mapping their community’s future for the next decade.”

“The Southern Poverty Law Center is proud to be a part of the Alabama CROWD Fellowships,” said Kayla Kane, Data and Research Analysis at the SPLC. “The investment in fellowships will ensure that local communities have their voices heard in this once in a decade process. We look forward to continuing our partnership with the CROWD Fellows to ensure that all Alabamians’ voices are heard.”

“On behalf of the Mobile County Branch of the National Association for the Advancement of Colored People we would like to thank the Southern Coalition for Social Justice for their support of this most worthwhile endeavor. The genesis of the CROWD work happening in the State of Alabama which is of the utmost importance would not be possible without the support of the SCSJ,” said Robert E. Clopton, Sr., President of the Mobile County NAACP. “Hopefully the culmination of the work done by this dedicated group of individuals will lead to fair voting districts through fairer districting maps.  Through equitable and competitive political districts, people will be represented by legislators who will advocate on their behalf.  Finally we would like to acknowledge with gratitude Mrs. Jasmine Washington Cook and Shalela Dowdy of Mobile for your contributions to the success of this project.”

“We are excited about our partnership with the Southern Coalition for Social Justice and the resources brought into our state via the CROWD Fellowship,” said Evan Milligan, Executive Director of Alabama Forward. “Lots of people talk-the-talk of cooperation, but SCSJ walks the walk by creating training and collaborative spaces where partners are encouraged to learn, teach each other, and share resources. As one component of the overall SCSJ approach to civic engagement, the CROWD Fellowship supports the efforts of Alabama Forward members to make our redistricting education spaces as inclusive and welcoming as possible. Hopefully, our combined efforts help Alabamians advocate for electoral districts that embrace the promise of democracy, a promise that so many of our neighbors and their families have fought to protect and pass from one generation to the next.”

Redistricting happens every 10 years after the decennial census and is an opportunity to draw new political district boundaries based on population changes. The goal of redistricting is to create equitable and competitive political districts so that people can be represented by legislators who will advocate on behalf of the community’s best interests.

As in many states, redistricting in Alabama has not been well understood and communities across the state have had little say in the way their communities are mapped or represented.

In an effort to put the power back into the hands of Alabama’s people, CROWD’s redistricting Fellows are traveling the length of the state to show the people of the state how political maps impact their daily lives and what they can do to be a part of the map-making process.

The Southern Poverty Law Center is a catalyst for racial justice in the South and beyond, working in partnership with communities to dismantle white supremacy, strengthen intersectional movements, and advance the human rights of all people. For more information, visit www.splcenter.org.

The League of Women Voters of the United States encourages informed and active participation in government, works to increase understanding of major public policy issues, and influences public policy through education and advocacy.

The Mission of the NAACP is to ensure the political, educational, social and economic equality of rights for all people and eliminate race based discrimination.

Alabama Forward is a state-based 501(C)(3) civic engagement coordinating table committed to advancing movement towards greater freedom and progressive, solution-oriented policy among a diverse coalition of Alabama-based partner organizations, so that every Alabamian can engage in the democratic process. In pursuit of this mission, Alabama Forward will prioritize race and gender equity to engage every Alabamian in all aspects of our democracy.

Since our founding in 2001, The Ordinary People Society has played a critical role in organizing and mobilizing communities across the deep South. T.O.P.S. recognizes the disparities in homelessness, arrest, and bail in impoverished areas and provides advocacy and support to those impacted by the criminal justice system. We work with the most impacted people and provide support services to those living in the shadows of society and to those who suffer the consequences of generational poverty. Our framework is movement orientated, challenging barriers that continue to disenfranchise the “least of those among us”. Our hope is to see all communities restored.