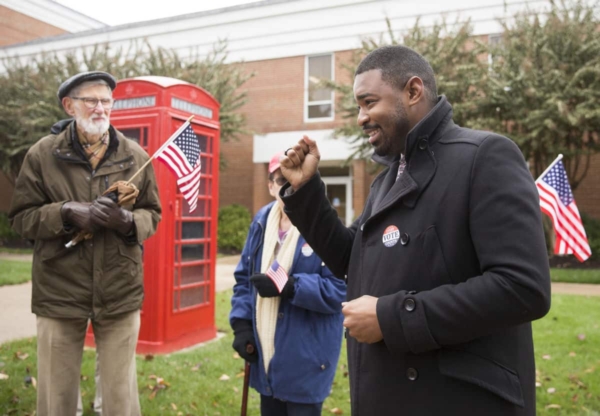 RICHMOND, Va. – The Virginia State Conference NAACP submitted an amicus brief today with the U.S. Fourth Circuit Court of Appeals in support of an emergency appeal filed in the House District 28 election case, arguing that a failure to call for a new election would harm voters of color.  Hundreds of voters in Virginia’s House District 28 were assigned to the incorrect House District in the 2017 election.  Of the 348 registered voters improperly assigned to state House of Delegate districts, 147 voted in the 2017 general election.  That is enough to change the outcome of the race between Josh Cole and Robert Thomas, a race Thomas won by 71 votes.  The problem–voters being assigned to the wrong district–had been identified multiple times starting at least two years ago and election administrators failed to correct the error.

“Voters were clearly disenfranchised on a scale that is large enough to have affected the outcome of an election,” said Allison Riggs, senior voting rights attorney for the Southern Coalition for Social Justice who filed the amicus brief on behalf of the Virginia State Conference NAACP.  “Virginia law provides them no administrative remedy, so the plaintiffs in this case took the only option available to them–seeking relief from a federal court.  If democracy is to function properly, election administrators must correct problems like these when those problems are brought to their attention.”

According to the amicus brief, Virginia election officials have been aware of voters being misassigned since 2015.  The problem was again brought to the attention of election officials in March 2016, March 2017, and November 2017.  The voters who were assigned to the wrong district and thus given the wrong ballot were, in at least two places, living on streets or clusters of homes that are nowhere near the edges of a district.  This indicates that routine clerical errors are not likely.

“This well-known error has a disproportionate impact on people of color,” said Jesse Frierson, Political Action Committee Chair and member of VSC NAACP Executive Committee.  “Many voters knew they were given a wrong ballot.  Some even pointed to a map at their voting place showing election officials where they lived.  They were not only ignored, they were denied their right to vote with a provisional ballot.”

Kenneth Lecky, a Virginia voter, filed an appeal in Fourth Circuit U.S. Court of Appeals requesting a preliminary injunction be filed to prevent the election results from being certified.  The amicus brief filed by NAACP supports that request and offers evidence on how a failure to fix this problem by calling for a new election in that district will harm voters of color.

“Taking away or diluting someone’s right to vote is never acceptable,” concluded Frierson. “We need the court to step in to fix this injustice and help make sure it won’t happen again.”

The amicus brief filed on behalf of the Virginia State Conference of the NAACP can be found at http://bit.ly/LeckyAmicus