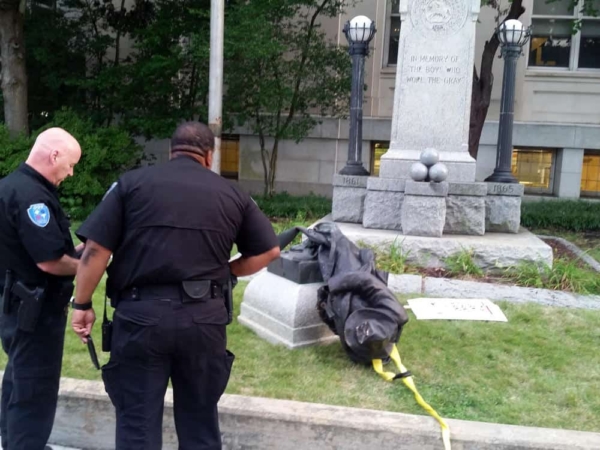 On February 20, 2018, Durham District Attorney Roger Echols announced that he was dismissing the charges against protesters charged with toppling the Confederate monument outside of the old Durham County Courthouse in August 2017.  The decision came the day after the first three protesters to stand trial had their cases dismissed or were acquitted.
Whitley Carpenter, part of the Criminal Justice litigation team for the Southern Coalition for Social Justice, which helped represent defendants in the case, issued the following statement after the charges were dropped:
“The statue that was torn down was a symbol of white supremacy that has no place in front of the public buildings that represent our community.  We applaud the District Attorney for finally dropping the charges in this case.  It’s time for us to recognize that these symbols of hate create division within our communities.  We need to make monuments to the ill-conceived project of white supremacy a thing of the past.”
Ian Mance, Laura Holland, Angaza Laughinghouse, and Ivy Johnson are also attorneys on Southern Coalition for Social Justice’s criminal justice litigation team that represented defendants in this case.
Other attorneys on the case include Scott Holmes, Amelia O’Rourke-Owens, and Thomas Cadwallader.