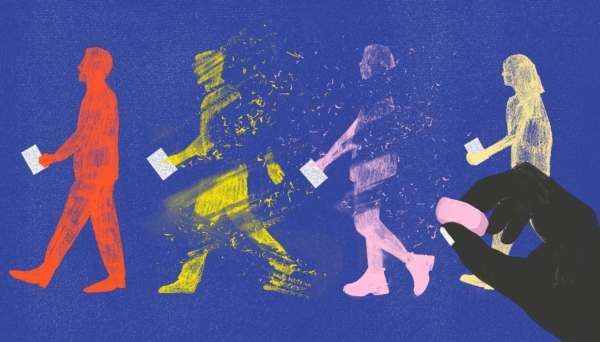 Durham, N.C. — The Southern Coalition for Social Justice (SCSJ) and Dēmos, representing the League of Women Voters of North Carolina (LWVNC) and the North Carolina A. Philip Randolph Institute (NC APRI), have moved to intervene in a lawsuit seeking the mass removal of individuals from voter rolls in Mecklenburg and Guilford counties. These critical civic engagement groups are seeking to intervene as defendants in Judicial Watch v. North Carolina, et al, a case filed in federal court earlier this month in which Judicial Watch is seeking the unjustified purge of thousands of registered voters in the run-up to this November’s presidential election.

In December 2019, Judicial Watch, a purported “election integrity” watchdog group, sent notice letters to officials in two of North Carolina’s most populous counties, which also have a disproportionately high number of voters of color, alleging violations of the National Voter Registration Act. These letters also demanded the counties remove thousands of voters from their rolls. In mid-April, Judicial Watch sued these counties and state election officials, seeking to deny thousands of individuals the right to vote before this year’s general election.

SCSJ, Dēmos, LWVNC and NC APRI will argue that the data Judicial Watch is using to advance its efforts to undermine voter participation is erroneous and that the remedies requested by Judicial Watch will likely violate the NVRA. These civil rights organizations seek to assist election officials, already overwhelmed with trying to administer an election during a global pandemic, mount a vigorous defense to this misleading case.

“North Carolina election officials are desperately working to ensure that safe and accessible elections can be conducted this year. This lawsuit is a despicable attempt to push a voter suppression agenda during a public health crisis,” said Allison Riggs, Interim Executive Director and Chief Counsel for Voting Rights at the Southern Coalition for Social Justice.

Emerson Gordon-Marvin, legal fellow at Dēmos added: “In litigating these voter purge cases across the country, we have seen Judicial Watch and similar groups use bad data, routinely rejected by courts, to try to undermine political participation.”

SCSJ and Dēmos are proud to be representing two of the state’s leading voter registration groups, whose years of efforts to register voters in Mecklenburg and Guilford counties could be undermined if Judicial Watch is successful.

Melvin Montford of the North Carolina A. Philip Randolph Institute, added, “Our organization has not only spent years trying to make the voting process more inclusive, but we have fought voter suppression in the courts and have won. We will not tolerate the blatant targeting of voters of color in these two counties.”

The Southern Coalition for Social Justice
The Southern Coalition for Social Justice, founded in 2007, partners with communities of color and economically disadvantaged communities in the South to defend and advance their political, social, and economic rights through the combination of legal advocacy, research, organizing and communications. Learn more at southerncoalition.org and follow our work on Twitter and Facebook.

Dēmos
Demos is a dynamic think-and-do tank that powers the movement for a just, inclusive, multiracial democracy. Through cutting-edge policy research, inspiring litigation, and deep relationships with grassroots organizations, Demos champions solutions that will create a democracy and economy rooted in racial equity. To learn more visit www.demos.org.