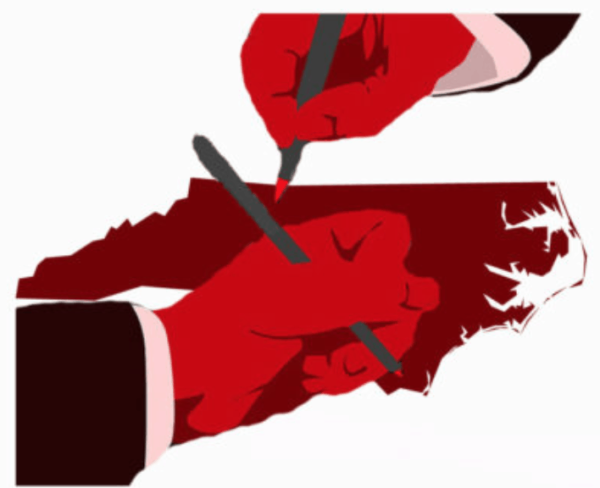 Late Friday, the Southern Coalition for Social Justice submitted an amicus brief on behalf of Democracy North Carolina urging a three-judge state court panel in Common Cause v. Lewis to reject the “remedial” State Senate and House redistricting plans enacted by the General Assembly a little over a week ago.  SCSJ and Democracy NC argued that those plans fail to eliminate the partisan bias that led the court to invalidate the prior plans as unconstitutional partisan gerrymanders.  In particular, the amicus brief argues that the legislature’s uncompromising commitment to protecting incumbents is incompatible with partisan gerrymandering remedies.  The brief also highlighted that the cynically-designed half-measures that the General Assembly employed in the remedial redistricting process will also likely have negative ramification on voters of color in two state legislative districts.  SCSJ and Democracy NC urge the Court to instruct the referee hired to assist the Court with its review of the proposed remedy plans to draw plans that fully correct the constitutional flaws, without harming voters of color in the process, and order those districts into place for the 2020 election.

Again and again, this legislature has displayed a brazen unwillingness to draw fair districts for North Carolina voters.  We are nearing the end of 2019, and this state has not conducted constitutional state legislative elections once this decade.  That is a tragedy for democracy, but the Court is well within its authority to correct that injustice for 2020.  Districts should be drawn for the benefit of voters, not the protection of incumbents.  And districts certainly should be drawn with an eye toward not undermining the ability of voters of color to elect the candidates of their choosing.  We can and should do better than the maps put forward by the legislature.

The state court is expected to rule on the adequacy of the state’s enacted “remedial” maps by the end of October, if not sooner.

The Southern Coalition for Social Justice partners with communities of color and economically disadvantaged communities in the South to defend and advance their political, social, and economic rights through the combination of legal advocacy, research, organizing and communications. Learn more at southerncoalition.org and follow our work on Twitter and Facebook.