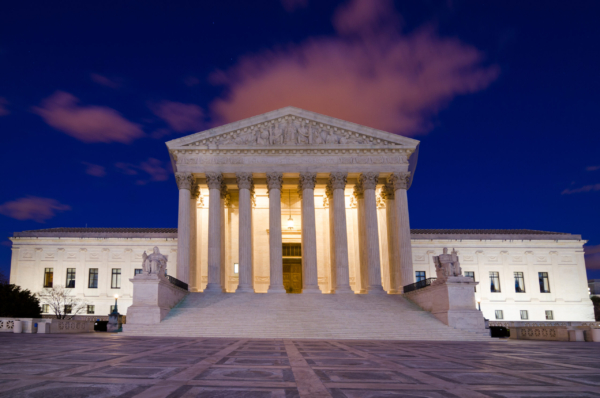 Washington, D.C. (Mar. 2, 2022) —  The Southern Coalition for Social Justice and pro bono counsel with Hogan Lovells, on behalf of plaintiff Common Cause, asked the U.S. Supreme Court on Wednesday to deny a request by legislative defendants to throw out a new expert-drawn Congressional map.

“If accepted by the U.S. Supreme Court, North Carolina lawmakers’ arguments would lead to an unprecedented upheaval of current election law and foreclose any legal relief for voters from extreme legislation which state courts already found to be undemocratic,” said Hilary Harris Klein, Senior Counsel for Voting Rights at the Southern Coalition for Social Justice. “The Court should refuse the Legislature’s call to dismantle prior legal precedent and deny their request for a free pass to manipulate Congressional voting districts in violation of state Constitutional protections that all voters in North Carolina deserve.”

The move from North Carolina legislators comes after the Wake County Superior Court struck down lawmakers’ own court-ordered remedial Congressional map in a Feb. 23 order in Harper et al. v. Hall et al, and instead enacted a Special Master-drawn “interim” map. The trial court accepted the legislature’s remedial state House and Senate maps over objections from Common Cause that these maps still unlawfully diminish the ability of Black voters in Eastern North Carolina to elect candidates of their choice. The North Carolina Supreme Court denied requests from Plaintiffs and Defendants for emergency stays of their remedial order, allowing the legislature’s remedial state House and Senate maps to go forward as well as the “interim” Congressional map put in place by the trial court.

“Politicians in the legislature illegally manipulated North Carolina’s voting maps and lost their case in state court. Now those same partisan legislators are pursuing a reckless ploy that could jeopardize freedoms guaranteed to every North Carolinian in our state Constitution,” said Bob Phillips, Executive Director of Common Cause NC. “Why are they doing this? These politicians want to impose gerrymandered districts upon the people of North Carolina and claim virtually limitless, unchecked power over our state’s elections. The U.S. Supreme Court should emphatically reject the legislative defendants’ outrageous attempt to undermine our constitutional rights as North Carolinians.”

“To ask the US Supreme Court, at the 11th hour, to try to rewrite the decision of the North Carolina Supreme Court from last month is flatly wrong,” said Hogan Lovells partner Neal Katyal. “There is zero constitutional basis for the request and it flies in the face of the US Supreme Court’s many precedents.”

Hogan Lovells partner Tom Boer, who represented Common Cause at trial, added, “Intervening in this case now would upend the primary election cycle already underway. The ruling by the North Carolina Supreme Court affirmed the central tenet of American democracy, namely that every individual’s vote — regardless of race or political belief — must count equally. We are asking the Supreme Court to protect the voters of North Carolina by leaving this ruling intact.”