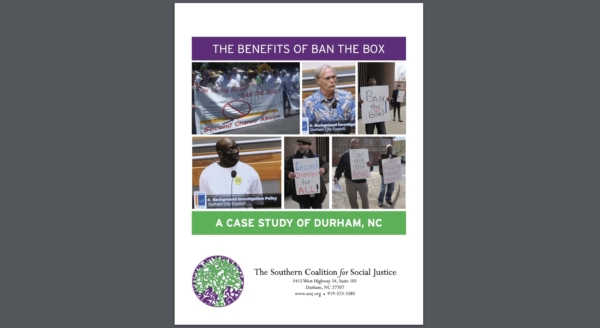 For many job applicants around the country, one question blocks them from gainful employment and economic opportunity. A single question, often posed as a checkbox on the front of most job applications, asks about an applicant’s criminal history. For many employers, it has become a way to weed out applicants before ever considering qualifications such as education and job history. This practice is widespread, and its effects on job applicants and their communities are staggering. A movement to “Ban the Box” (remove the checkbox from applications) was birthed as a response to the structural discrimination faced by people with criminal records. This report details: