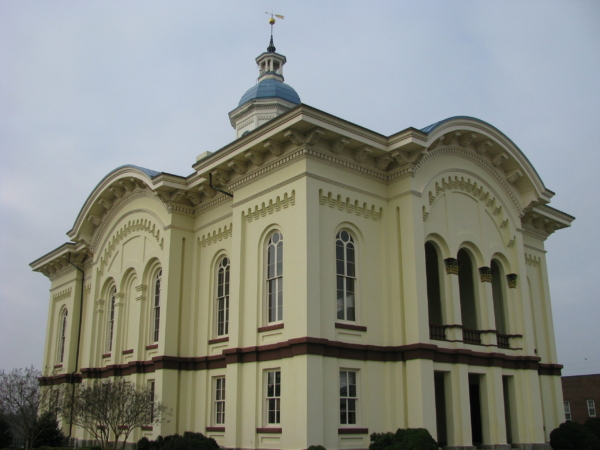 A Caswell County Superior Court Judge affirmed local residents’ right to “petition their elected officials for redress of grievances” in an order Friday, dismissing an intimidation lawsuit filed against the Thomas Day-Caswell Holt Branch of the NAACP and their leadership.

“Caswell County residents stood firm for their First Amendment rights and pushed back against corporate strong-arm tactics to stifle their speech,” said Mitchell Brown, Counsel for Voting Rights at the Southern Coalition for Social Justice. “We’re grateful for the  court’s decision allowing our clients to put this frivolous lawsuit behind them and move forward with the important work of advocating for the health and safety of their community.”

The lawsuit, Carolina Sunrock LLC et al. v. Dougherty, et al., filed in Caswell County Superior Court in October 2021, advanced an unfounded claim that local residents’ public concerns about a new mining industry in their county somehow violated the corporation Carolina Sunrock’s “vested rights.” A February hearing focused on the NAACP defendants’ motion to dismiss the case, which was necessary to protect their right to freedom of speech and political participation. Judge Wilson’s order vindicates Caswell County residents’ constitutional right to advocate on behalf of their community in a momentous victory for all North Carolinians.

Reverend Bryon Shoffner, one of the other defendants in the case and a community leader, made the following statement after Friday’s decision: “I would like to thank God and all of the attorneys at SCSJ Mitchell Brown, Alexandra Wolfson, Allison Riggs, and Hilary Harris Klein for all the hard work that they have done or did. As well as I would like to thank all of the individuals that are standing with us on the fight for Environmental Justice.”

Ms. Anita Foust, another defendant and community leader, added: “As Ralph Michael Stein says, SLAAP suits are a slap at the First Amendment. I thank The Creator, Judge Wilson, the attorneys at the Southern Coalition for Social Justice (SCSJ), Attorney Mitchell Brown, Attorney Hillary Harris Klein, Attorney Alexandra Wolfson, Attorney Allison Riggs, and all of our supporters for their prayers and hard work for this awesome victory!”