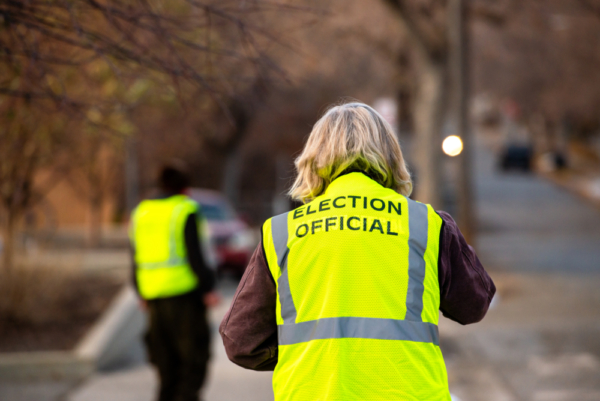 AUSTIN, TX — Today, the League of Women Voters of Texas and the Southern Coalition for Social Justice called on the U.S. Department of Justice (DOJ) to publicly assert Texas election officials’ duty to maintain the proper voting ballot chain of custody as required by federal law, and to step in swiftly if those duties are not upheld.

The Civil Rights Act of 1960 requires that all voted ballots and other election records in federal elections be maintained for a period of 22 months. The Texas Election Code mirrors this understanding, as has long been interpreted by both the Texas Secretary of State and the Texas Attorney General. Yet earlier this year, without warning, Attorney General Ken Paxton released an advisory opinion upending this long-settled interpretation of Texas law. The advisory purported to make each voted ballot a public record, subject to disclosure as soon as the day after the election.

The Texas Attorney General’s novel interpretation in the opinion would invite disaster, potentially giving public access to voted ballots even before a final certified vote count has been made. He has declined to publicly clarify that his opinion should be read in harmony with federal law and not used to grant prohibited access to ballots.

“Texas voters deserve to have confidence that their ballots will be counted and preserved, as required by federal law — as has long been the case in this state,” said Joyce LeBombard, President of The League of Women Voters of Texas (LWVTX). “The Attorney General’s opinion threatens that confidence. Our election workers are well-trained, dedicated public servants and valued members of our community; they deserve to be able to carry out their duties without threats.”

In 2021, DOJ clarified that the ballot chain of custody provisions of the Civil Rights Act of 1960 apply to all election audit activities. That guidance was focused on post-election audit activities, like those seen in Arizona and Wisconsin, where risky and haphazard procedures pose risks to ballot preservation. LWVTX and the Southern Coalition for Social Justice (SCSJ) asked DOJ to confirm these same procedures apply to any public records requests for ballots made under Paxton’s unprecedented advisory opinion.

“Across the country, we have seen attacks on the integrity of election workers by those who seek to disrupt the outcome of the election,” said Caren Short, Director of Legal and Research for the League of Women Voters of the United States. “The League urges the DOJ to remind state and local election officials that this Attorney General opinion does not change their obligations under federal law to protect ballots and keep our election secure. The League of Women Voters stands ready to support our election workers and protect them from these baseless attacks.”

“There are readings of the Attorney General’s opinion that do not violate federal law, even though they may be ill-advised for other reasons,” said Chris Shenton, Equal Justice Fellow at SCSJ. “But unfortunately, those are not the interpretations that bad-faith actors will use to demand unauthorized access to ballots, even before results are certified. Once the ballot chain of custody is compromised, you cannot put the toothpaste back in the tube — it becomes too late. Today, we asked DOJ to ensure that federal law is upheld to restore Texas voters’ confidence in their ballots being counted.”

The League of Women Voters of Texas is a nonpartisan, grassroots civic organization that encourages informed and active participation in government, works to increase understanding of major public policy issues, and influences public policy through education and advocacy. Membership in the League is open to people 16 and older of all gender identities. With 100 years of experience, the League is one of America’s oldest and most trusted civic nonprofit organizations.

The League of Women Voters is a nonpartisan, grassroots nonprofit dedicated to empowering everyone to fully participate in our democracy. With active Leagues in all 50 states and more than 750 Leagues across the country, we engage in advocacy, education, litigation, and organizing to protect every American’s freedom to vote.