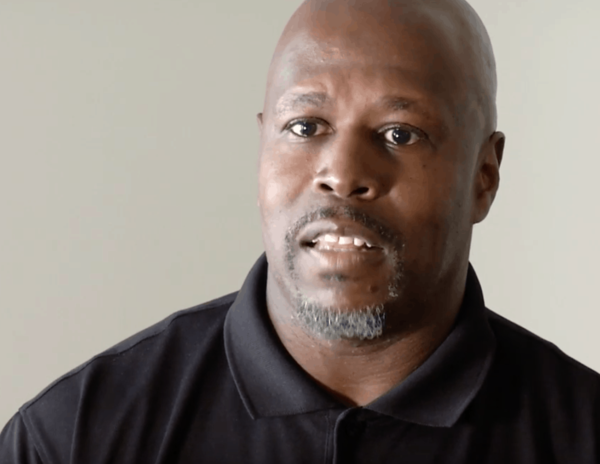 Daniel Earl Smith has lived in Concord, North Carolina for five years now, and has been a regular voter ever since moving to the state from Pennsylvania. He runs his own courier and delivery business. Daniel has five children ranging from ages thirteen to twenty-three. Daniel’s wife is the member of the family that keeps up with politics the most, but Daniel’s experience voting in 2016 when a voter ID requirement was in place has motivated him to speak out against voter ID laws.

In 2016, like all North Carolina drivers have to do from time to time, Daniel had to get a new driver’s license because his old license expired. He went to the DMV and obtained a new license. However, his replacement license had to be mailed to him. The DMV gave him a temporary paper license to use until he received the official replacement. The temporary license included his name, address and a photo of his face. On Election Day, Daniel only had this temporary license, not his replacement license. Because the temporary license was not acceptable ID under the voter ID law, Daniel was forced to cast a provisional ballot. Unfortunately, his vote was not counted. Aware of the struggles African Americans faced throughout history to give him the right to vote, he was disappointed and embarrassed by the ordeal. This is why Daniel is standing up today urging that North Carolinians vote against this Voter ID proposed amendment.

Of the millions of North Carolina driver’s licenses issued in this state, approximately 750,000 driver’s licenses expire and need renewing every year. Many North Carolina voters like Daniel, who may be without ID, could be denied their fundamental right to vote if the Voter ID Amendment is approved in November, giving the legislature a blank check to enact a restrictive photo ID requirement for voting.